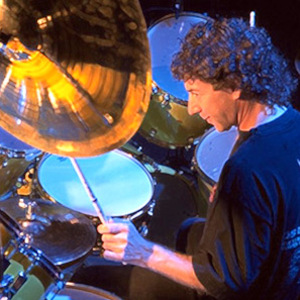 Simon Phillips (born February 6, 1957) is a prolific British jazz and rock drummer. He is best known for his work with Chick Corea and Toto, but has played with a wide array of musicians including The Who, Jeff Beck, Jack Bruce, Brian Eno, Mike Oldfield, Gary Moore, Mick Jagger, Phil Manzanera, and Stanley Clarke. He also was the drummer for the Who in their 1989 American reunion tour, and appeared on recordings by band members Roger Daltrey and Pete Townshend.

Simon began to play professionally at the age of twelve in his father's Dixieland band for four years. He was then offered to play in the musical "Jesus Christ Superstar". He quickly became a sought-after session player, until he joined Toto in 1992. He also released four studio albums of varying styles.