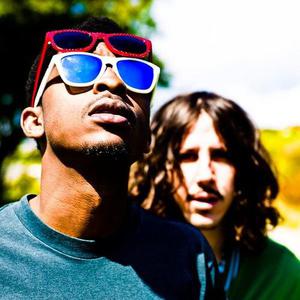 Aaron Smith (born May 29 1986 in Malibu, California), better known by his stage name Shwayze, is an American alternative hip hop artist . In 2007 he met Cisco Adler, frontman of Whitestarr, at a Malibu nightclub. He jumped onstage during Whitestarr's performance and began freestyling. Cisco was impressed with his talent, and they immediately began making music together. Eventually they landed a deal with Suretone Records and released their debut self-titled album in 2008.

Their second album, Let It Beat, was released on November 3, 2009, and features guest appearances from acts such as The Knux, and Snoop Dogg. Shwayze and Adler are also the focus of a reality television series on MTV titled Buzzin', which debuted on July 23, 2008. Shwayze attended high school with Cobra Starship keytarist Victoria Asher.

Island In The Sun