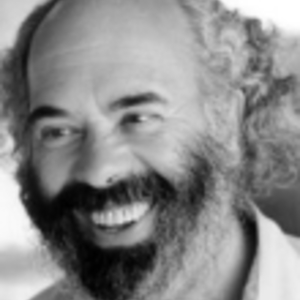 Shlomo Carlebach (???? ??????) (known as Reb Shlomo to his followers) (January 14, 1925, Berlin?October 20, 1994, Canada) was a Jewish religious teacher, composer, and singer who was known as "The Singing Rabbi" during his lifetime. Although his roots lay in traditional Orthodox yeshivot, he branched out to create his own movement combining Hasidic-style warmth and personal interaction, public concerts, and song-filled synagogue services. At various times he lived in Manhattan, New York, San Francisco, Toronto and Moshav Mevo Modi'im, Israel.

Carlebach is considered by many to be the foremost Jewish religious songwriter in the second half of the 20th century. In a career that spanned over 30 years, he recorded more than 25 albums that continue to have wide popularity and appeal. His influence also continues to this day in so-called "Carlebach minyanim" located in many cities around the globe.

Many of the bands today within the genre of Jewish Rock And Soul are greatly influenced by Rabbi Shlomo Carlebach's melodies and songs.

Carlebach began writing songs at the end of the 1950s, primarily based on verses from Tanakh set to his own music. Although he composed thousands of songs, he couldn't read musical notes. Many of his soulful renderings of Torah verses became standards in the wider Jewish community, including Am Yisrael Chai ("[The] Nation [of] Israel Lives"?composed on behalf of Soviet Jewry in the mid-1960s), Pischu Li ("Open For Me [The Gates of Righteousness]") and Barchi Nafshi ("May My Soul Bless God").

His public singing career began in Greenwich Village, where he met Bob Dylan and other folk singers. He sought out and used the same producers as used by famous folk artists.

He moved to Berkeley for the 1966 Folk Festival. After his appearance, he decided to remain in the San Francisco Bay Area to reach out to what he called "lost Jewish souls"?runaways and drug-addicted youth. He opened a center called the House of Love and Prayer in Haight-Ashbury, where he reached out to disaffected youth with song and communal gatherings. He became known as "The Singing Rabbi." Through his music and his innate caring, many Jews feel that he "saved" thousands of Jewish youngsters and adults.

"Some of the other Carlebach melodies that became regular parts of worship services were written for entry into Israel's annual Hasidic Song Festival. In 1968 a small-budget Israeli play called Ish Hasid Haya (Once There Was a Hasid) brought traditional Hasidic songs and stories to the generally nonobservant masses who filled its audiences. The success of this material inspired enthusiasts to revitalize Hasidic music by soliciting songs--in an ostensibly Hasidic style--to be presented in an annual Israeli festival, starting in 1969. The fascination with most things Israeli on the part of many American Jews after the 1967 Six-Day War led Israeli promoters to bring a version of the Hasidic Song Festival to North American audiences."[1]

Carlebach appeared as part of the Hasidic Song Festival in 1969, along with the Duo Reim, Zvika Pick, Nurit Hirsch, and others. This became a yearly event until 1979 with an album produced each year. These albums brought his music into mainstream Israeli and religious Zionist circles. During this time, his albums were produced in Israel with a more liturgical and less folk music sound. Some of the musicians that he worked with during this period gave his music a more psychedelic tinge and a wider range of backup instrumentation. During this period, while Carlebach spent much of his time in Israel, his students founded Moshav Me'or Modi'im.

"The only things "hasidic" about most of these songs were their relatively short melodies and traditional lyrics. Still, the presence of catchy new tunes for brief liturgical texts encouraged the use of many of these songs in the prayers of American Jews looking for easy-to-learn melodies and more congregational singing--even by congregants who were not fluent in Hebrew. Carlebach's ve-Ha'er Einenu quickly jumped back into the morning services from which its lyrics were taken."[1]

On his return to New York City as his base, he increasingly was known for his stories and hasidic teachings. As part of his performances he spoke of inspirational subjects, rooted in hasidism and Kabbalah. Some of his teachings have been published by his students and many appear alongside his recorded songs. Carlebach spread the teachings of Chabad, Breslov, and popularized the writings of, among others, the Rebbe Mordechai Yosef Leiner of Ishbitz, and Rebbe Kalonymus Kalman Shapira of Piasetzno. For many of his listeners, Carlebach's neo-hasidism was regarded as authentic hasidism and became a bridge back into traditional hasidism.

In the years since his death, Carlebach music has been embraced by many faiths as universally accepted spiritual music. Carlebach songs and niggunim (tunes) can be heard today in synagogues, churches, gospel choirs, and temples worldwide. Carlebach has also inspired many musical groups who followed him, including Moshav Band, Soulfarm, Reva L'Sheva, Naftali Abramson, and others.

Recently, his life has been written into a musical by Daniel Wise that was performed at the Museum of Jewish Herritage in Spring 2008. It is scheduled to run in August 2008 as well.

The Gift Of Shabbos