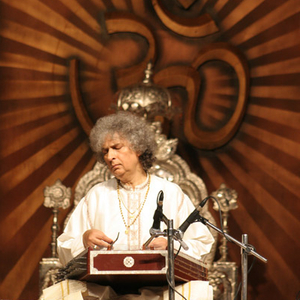 He is credited with single-handedly making the santoor a popular classical instrument, to the extent that the santoor and Pandit Shivkumar Sharma are synonymous. Sharma modified the Kashmiri folk instrument to make it more suitable for his classical technique, increasing the range of the instrument to three full octaves and making it capable of a smoother meend (the glissando or gliding between notes required in Hindustani classical music to emulate the human voice). Besides, he also created a new technique of playing with which he could sustain notes and maintain sound continuity.

Sharma has performed many concerts with renowned musicians such as the tabla maestro Ustad Zakir Hussain. He has also partnered with well-known flautist Pandit Hariprasad Chaurasia to form a group called Shiv-Hari for composing Hindi film music.

Shivkumar Sharma is the recipient of many national and international awards including honorary citizenship of the city of Baltimore, USA (1985), Sangeet Natak Academy Award (1986), Maharashtra Gaurav Puraskar (1990), Honorary Doctorate from the University of Jammu (1991), Padmashree (1991), Ustad Hafiz Ali Khan Award (1998), and Padma Vibhushan (2001). .

The Flow Of Time

Call Of The Valley (With Brijbushan Kabra & Hariprasad Chaurasia)

Varsha - A Homage To The Rain Gods