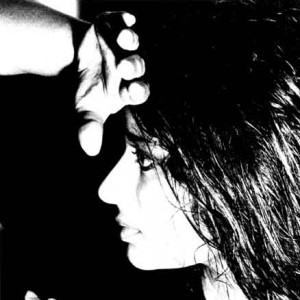 Sheila Chandra (b. March 14, 1965) is a singer of Indian descent and British nationality. As a teenager she formed the band Monsoon, and created a fusion of Western and Indian pop styles. She married Steve Coe, who became the band's producer, and along with Martin Smith, the band evolved into this talented trio. They made a lone album Third Eye in 1982 from which they had a surprise hit single "Ever So Lonely".

However, resenting pressure from their record company over musical direction, Monsoon as a band dissolved and Coe and Smith set about promoting Chandra as a solo artist on an independent label.

Chandra went on to release a number of albums in the 1980s, experimenting with her voice as an instrument rather than actual vocals. In the 1990s she released three albums on Peter Gabriel's Real World label, although Martin Smith ceased to be actively involved.

Chandra is a much-respected performer on the world music scene and remains active into the 21st Century.

In 1996 she provided vocals for an alternate version of Prodigy's hit "Smack My Bitch Up". In 2002 she performed the song entitled "Breath Of Life" with Howard Shore for the Lord of the Rings: The Two Towers soundtrack.

This Sentence Is True (With The Ganges Orchestra)