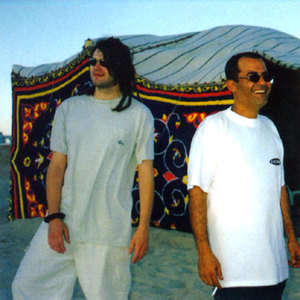 Angel Tears is a global fusion musical duo based in Tel Aviv. The duo is Momi Ochion (Israel) and Sebastian James Taylor (UK). Ochion, whose roots lie in Israeli pop and world fusion music, is the melody man of the duo?the brain behind the compositional aspects of the album and a lot of the studio work. Sebastian James Taylor, who composes and performs much of the material, lives in London and is known for his work with the electronic groups Kaya Project, Shakta and Digitalis. Other members include various vocalists whose intoxicating vocals and chants lend the music its exotic flair.

Angel Tears' music appeals to fans of world electronica and new age spiritual. The duo use a wide variety of rhythms, from electronic beats to the earthy thump of the Bedouin dharbouka and other indigenous drums. The music ranges from clubby to tribal and all points in between. Asian and Middle Eastern vocals give a spiritual quality to the tunes, and instrumentation covers the whole spectrum, with Tibetan flutes, Indian sitar, Arabian violin, Middle Eastern horns, grand piano and electric guitar all sharing the same space. Mellow synthesizers swirl amidst the elements, bringing everything together into a cohesive package.

The duo have tracks on many global fusion compilations, including Buddha Bar 2, Buddha Bar 8, and Lotus Lounge. Their music is also heard on popular TV shows including Sex in the City, Third Watch and The West Wing. Angel Tears have released 4 CDs on LoveCat Music (New York) and the artist's label MP Master Productions (Tel Aviv).