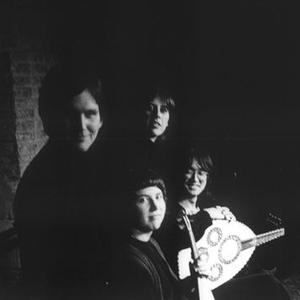 There are at least 2 artists/groups with the name Sequentia. First is an early music ensemble from Cologne, Germany, and second is a trance music production duo formed by Mark Hoogkamer from The Netherlands and Daniel Garczyk from Germany. Sequentia - Medieval Revival Sequentia is an early music ensemble, started in 1977 by Benjamin Bagby and the late Barbara Thornton. The group specializes mainly in Medieval music.

Sequentia is an early music ensemble, started in 1977 by Benjamin Bagby and the late Barbara Thornton. The group specializes mainly in Medieval music. Sequentia focuses particularly on music with texts, specifically chants and other stories with music, such as the Icelandic Edda. They are interested in the interplay between drama and music, and sometimes do partially staged performances, such as that of Hildegard of Bingen's Ordo Virtutum. Bagby and Thornton have both been active in original research on the projects they perform.

Originally based in Cologne, Germany, the group has recently moved to Paris.

The only long-term members of Sequentia seem to be Benjamin Bagby, Barbara Thornton before her death, and Katarina Livljanic. The rest of the members are hired according to the needs of the particular project.

They mainly record on the Deutsche Harmonia Mundi Label.

Sequentia is the name of the combination project created by Mark Hoogkamer (aka Spiral Motion) and Daniel Garczyk (aka Far & Away). Formed in 2006, Sequentia is still in the fledgling stages of production, with several singles released so far.

The Higher State/Sun Worship 12" has been picked up by several of the top DJs around the world as word of their arrangement and remixing talents continue to spread.

Lost Songs Of A Rhineland Harper

Ancient Music For A Modern Age