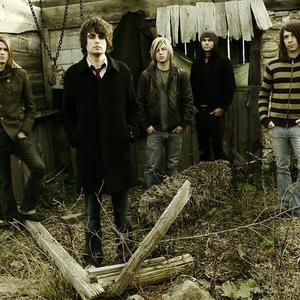 Secret and Whisper is a rock band from Canada, made up of former members of the band Stutterfly. The band has been officially named Secret and Whisper as of February 24, 2007. They felt it was necessary to think of a new band name because their old singer Chris Stickney had left the band in August, 2006 shortly after being dropped from Maverick Records. When the new singer Charles Furney (formerly of thebleedingalarm) joined the band they made their first song together entitled "Vanishings". Their new musical direction differs slightly from Stutterfly.

And We Are Bled Of Color