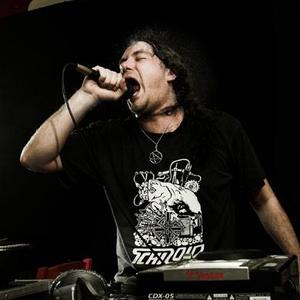 1) Toronto Canada's, SCHIZOID has been a staple of the extreme electronic-music underground, since the project began in 1998. SCHIZOID has appeared in many high-profile publications such as UK's TERRORIZER, ZERO TOLERANCE and KERRANG! magazine, featured for his SCHIZOID recordings as well as for leadership of the Canadian and worldwide record collective D-TRASH RECORDS. SCHIZOID's most well known release "All Things Are Connected" was key in securing a North American distribution deal under the flag of the infamous DIGITAL HARDCORE Recordings from Germany.

As well, in 2002 the same year, DHR head Alec Empire, also selected many D-TRASH Records artists to appear on a 3xCD compilation "Don't Fuck With Us!", which was notable for its introduction and acknowledgement of the North American contributions to the scene.
SCHIZOID continued through the 2000's, either as independent CD or MP3 releases through D-TRASH or other common labels - As well as having fronted PROFOUND LORE Records artists DEAD OF WINTER. Now at the cusp of the 2010's, SCHIZOID remains standing in a genre evacuated by most of its important artists, who've moved onto questionable musical territories.
Insolence, paranoia, apathy, political tyrannies, the struggle of daily life in these end times, all are touched upon under SCHIZOID's microscope of rebellious DIY punk approach to the digital hardcore/breakcore frameworks...

2) Schizoid from St. John's, NF Canada were a Hardcore Metal band spanning 1985-1988. They released one offical EP and a number of demos over their career.

All Things Are Connected