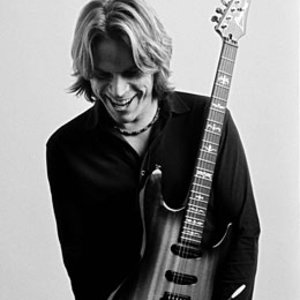 Andy Timmons is an inventive and well recognized guitar virtuoso who is signed to Steve Vai's Favored Nations label. Timmons has also played with guitar heroes such as Eric Johnson, Steve Morse, Mike Stern, and with drummer Simon Phillips as a session guitarist. He fulfilled a life-time dream by participating in a G3 concert with Vai and Satriani in Dallas. After playing guitars in the band Danger Danger, he made a kick start to his solo career. He has also toured with artists outside the field of rock, such as Olivia Newton-John and LeAnn Rimes. He also fronts a trio: Andy Timmons Band.

That Was Then, This Is Now

The Spoken And The Unspoken