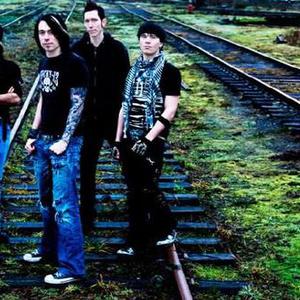 It's hard to stand out in today's fiercely ruthless music industry, but still Saul has managed to elude many obstacles and captivate audiences from all over. Hailing from Victoria BC, Canada, and formed just a few short years ago Saul pooled talent from local sensations, Element 7, Twice Born, and Dizzy. Their sound enveloping a fusion of metal, rock, and pop has been earning them a strong and well deserved fan base with what now is considered one of the best live shows on the west coast.

In May, 2007 Saul earned ?Band of the Month? on The Zone @ 91.3. The honor included radio play, radio interviews and a huge promotional (sold out) showcase at the end of the month. During this period Saul received a ?staggering? number of requests making them the most popular band of the month since its inception began several years ago.

"These guys could be by far the biggest band of the month yet!" - James Sutton the Zone @91.3 Music Director

Saul has shared the stage with countless prominent Independent acts as well as Metal legends Skid Row, Thornley, The Armchair Cynics, and State Of Shock.