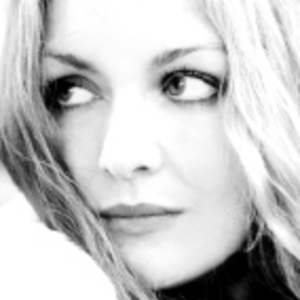 Sarah Nixey (born December 21, 1973 in Dorset, England) is a British singer songwriter, best known as the vocalist in Black Box Recorder. Her debut solo album, Sing, Memory, was released in February 2007. Whilst working as a backing vocalist for the folk band Balloon, Sarah Nixey was discovered by John Moore (who had been the drummer for Jesus & Mary Chain) and Luke Haines (frontman of The Auteurs), who had formed a duo and were looking for a vocalist.

Whilst working as a backing vocalist for the folk band Balloon, Sarah Nixey was discovered by John Moore (who had been the drummer for Jesus & Mary Chain) and Luke Haines (frontman of The Auteurs), who had formed a duo and were looking for a vocalist. The duo convinced Nixey to join them by promising her that she would become famous, and in 1998, Black Box Recorder released their first album, England Made Me to critical acclaim, with the single, Child Psychology attracting criticism for the lyric, "life is unfair; kill yourself or get over it."

Their second album,The Facts of Life, followed in 2000, and spawned a top 20 single of the same name, which saw the group perform on BBC's "Top Of The Pops". A further single followed, and in 2001, Nixey married John Moore, and they had a daughter together. In 2003, Black Box Recorder released their third album, Passionoia; their first and only album for One Little Indian records, following the demise of Nude Records.

In 2004, Black Box Recorder went on hiatus; not officially splitting, but with all 3 members deciding to pursue solo projects. In late 2005, Nixey announced she was working on a solo album, to be produced and co-written by James Banbury (a producer, programmer, writer and string arranger, as well as former member of The Auteurs). In mid-2006, two songs were made available on legal download services, entitled The Collector and Love and Exile. A third song was made available in September, entitled Strangelove, backed by remixes of "The Collector." Nixey's debut full-length solo album, entitled Sing, Memory, was released on February 12, 2007, following the release of her single, When I'm Here With You, in January 2007.

A fourth and final single from the album, The Black Hit of Space, which was a cover of the classic track by The Human League was released in July 2007 and saw the end of Nixey's album campaign.

In November 2007, Nixey gave birth to her second child and took a well-deserved rest after a busy year of performing and promoting "Sing, Memory".

December 2007 saw the involvement of Nixey in a one-off project called The Black Arts which saw her reunited with former bandmates Haines and Moore, along with members of the band Art Brut for a special festive single entitled Christmas Number One. The track recalls the glam classics of Christmases-past with a tongue firmly planted in cheek.