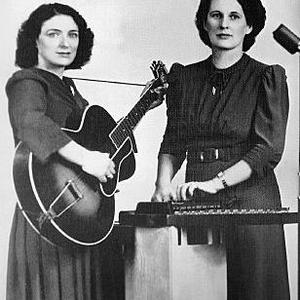 In early 1944, the original Carter Family finally disbanded, after a career that had spanned more than 17 years and had generated over 250 records, including some of the most influential in country music history. To friends and family, it looked like the split was pretty final. A.P. and Sara had divorced in 1939, and after the band split up, each took off to opposite ends of the country. Sara retired to California with her second husband and relaxed by raising peacocks; A.P. returned to his native home in Poor Valley in Virginia where he opened a country store.

Only Maybelle showed much interest in continuing with the Carter music tradition. Billing herself as Mother Maybelle and the Carter Sisters, she took her children Helen, Anita and June and began working radio shows in places like Richmond, Virginia, Knoxville, and Springfield, Missouri.
And, to be sure, the original Carter Family was destined never to perform together again, though all of them continued to be good singers and creative musicians.
It was only in 1966, twentytwo years after the break-up, that Sara and Maybelle would have a chance to perform in public together again.
this was the occasion of a rare and unusual recording event that Columbia records entitled 'A Historic Reunion'.