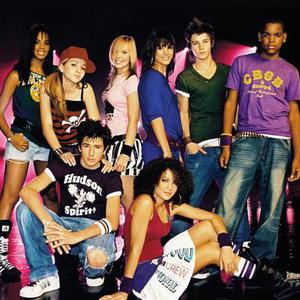 S Club 8, previously known as S Club Juniors, were a spin-off of the highly popular UK pop music band S Club (7). The group's members, Jay Asforis, Stacey McClean, Aaron Renfree, Frankie Sandford, Rochelle Wiseman, Hannah Richings, Daisy Evans and Calvin Goldspink, were all in their early teens or younger when they were chosen from thousands of hopefuls on the S Club Search (2001) television series. The group were originally intended only as a support act on S Club (7)'s S Club Carnival Tour. However, they soon released a single of their own, 2002's "One Step Closer".

After three albums, eight singles (including 5 top 10 singles), a children's television programme (I Dream), and two name changes, the group disbanded in 2004. Since then, some members have been trying to do their own solo efforts. Most notably Aaron as a dancer, Rochelle as a presenter on CBBC Saturday morning shows, and now Frankie and Rochelle in a new girl band named 'The Saturdays' who supported Girls Aloud on tour this year.