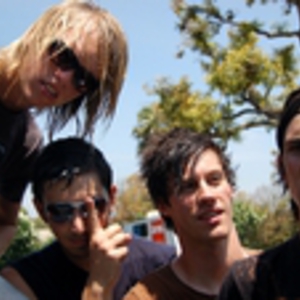 It wasn't long after Run Doris Run was created that everyone knew they would be successful. Since 2003 RDR has been punching out heavy hitting, up-beat songs to the public and the soon to be fans. Ryan Koppel stands at lead vocals to sing his heart out and put every ounce of energy into these songs. Next to him singing backup is Steven Peterson, whose musical writing skills can only be surpassed by his ability to whale on his guitar with his meticulous lead riffs.

Jared Wesley is the bassist of the group, a title well deserved for his capability of playing the complex bass rhythms he creates along side Mike Oncley, on drums. Beating the drums, he keeps the band in time, while leaving room for compounded fills and beats.

Just finishing their new EP, The Bigger Picture, RDR is now anxious to get this CD out to the public.

"We wanted to make a CD that sounded good not only to the fans, but to us. We knew that if we all liked it, it would be worth releasing," says lead singer Ryan Koppel.

This five song EP is Run Doris Runs heart and soul on a disc. Thanks to Zen Seven Studios, Ian Kirkpatrick and Dan Petel; RDR was able to put months of hard work into this recording. When you hear the EP for the first time you will hear how all four members personalities come through in the songs to create a unique indie rock sound that is all their own.
2006 brought new songs and a new 5 song EP called the Big Picture taking Run Doris Run to a whole new level.

Five More Songs And You Can Go Home