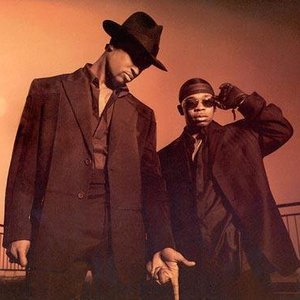 Ruff Endz, the hip-hop soul duo of David "Davinch" Chance and Dante "Chi" Jordan, formed in Baltimore in the mid-'90s. Named after their trouble finding a record deal, the group came up in West Baltimore, originally part of a quartet. Davinch and Chi soon found chemistry between their voices, and struck out on their own by 1994. They recorded a demo tape with producer Troy Patterson, but didn't find success until another recording project, helmed by Oji Pierce, was heard by executives at Epic.

With productions featuring Pierce, Manuel Seal, and Nokio, Ruff Endz' debut album Love Crimes dropped in August 2000. They wouldn't follow it up for almost two years, bringing Someone to Love You to the public in the spring of 2002.~ John Bush, All Music Guide

Someone To Love You