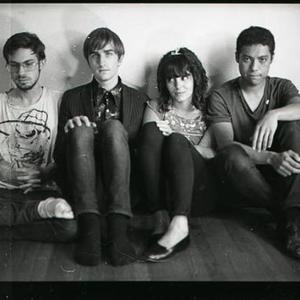 Featuring ex-members of Tea Elles and formally called The Baths, the Royal Baths are a band from San Francisco, CA that are in the same garage rock scene as bands like Ty Segall, Thee Oh Sees, and The Fresh & Onlys. Unlike those bands, though, the Royal Baths contrast with sunny San Francisco and it's sunny sounds and focus on a very dark and intense form of "stoner" psychedelia, whilst combining other, more melodic elements.

A tape on Wizard Mountain and a 7" on Rad Key Records were previously released as The Baths. They have released a 7" on HoZac Records and their debut album "Litanies" on Woodsist. Their new album, "Better Luck Next Life" (Kanine Records), reflects the grit and grime of their adopted home of New York City and finds the Royal Baths delving deeper into dark soundscapes while maintaining their lo-fi aesthetics.