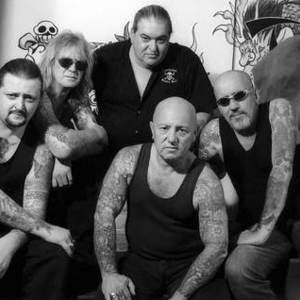 Rose Tattoo is an Australian blues/hard rock band, led by Angry Anderson and slide guitarist Peter Wells. Among their best known songs are "We Can't Be Beaten", "Scarred for Life" and "Bad Boy for Love" (co-written by Ian Rilen.) Their first four albums were produced by Harry Vanda and George Young who also worked with AC/DC. Along with AC/DC and The Angels, Rose Tattoo helped establish an Australian rock sound in the 1970s that was copied around the world.