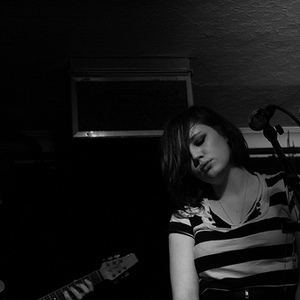 Rose Elinor Dougall is a singer/songwriter/keyboardist from Brighton, England. She is a former member of The Pipettes. She released her debut solo single Another Version Of Pop Song in December 2008. Her second single Start/Stop/Synchro was released in June 2009. Her debut album, Without Why was released in August 2010. Following her departure from The Pipettes in 2008, Rose Elinor Dougall has quietly been recasting herself as a psychedelic-folk chanteuse par-excel lance.

Following her departure from The Pipettes in 2008, Rose Elinor Dougall has quietly been recasting herself as a psychedelic-folk chanteuse par-excel lance.

Two limited singles have demonstrated a breadth of inspiration, from the timeless, melancholy of Sandy Denny, through the leftfield melodicism of Smiths-era Morrissey to the primitive-futurism of Broadcast.

Rose spent most of 2008 isolated in her bedroom with just a casio-tone for company writing a bunch of songs that she hoped ?could convey that the music and lyrics were vital but allowed you to engage with the songs on your own terms?.

These swirling cascades of dream-pop started appearing on Rose's myspace for a short while before they were taken down and replaced with some fleshed out versions, courtesy of a collaboration with Brighton producer Lee Baker. On these recordings a melee of instruments including dulcimers, harps, drum machines, strings and horns colluded to create a sonic foundation for Rose's unmistakable alto.

Her debut 7?, Another Version Of Pop Song, the title, a reference to her girl-group past and the song itself a declaration of breaking these ties, received praise from many quarters. Second single, Start/Stop/Synchro raised the ante further with publications such as the NME, Pitchfork, The Guardian, The Sunday Times and Under The Radar bringing the plaudits.

An album, Without Why was released in September 2010