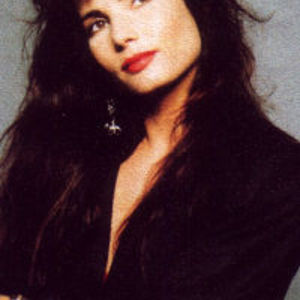 ROBIN BECK first came to prominence singing the Coca-Cola theme tune 'The First Time', scoring a major international hit in the process. Although this was to be the general public's inauguration into the lady's work, Beck had in fact been plugging away on the music scene for quite some time, having issued her debut album, the heavily Disco orientated 'Sweet Talk', in 1979. This soon forgotten opus, featuring backing vocals from no less a figure than Luther Vandross, included a cover version of TODD RUNDGREN's 'Hello It's Me'.

The 1989 album 'Trouble Or Nothin' was produced by DESMOND CHILD and boasts guest contributions from TOTO guitarist STEVE LUKATHER, GUY MANN DUDE and backing vocals from KISS front man PAUL STANLEY amongst others. The album also features a version of the KISS track 'Hide Your Heart' and a plethora of other outside contributions from the pens of Child, Diane Warren and ALICE COOPER. 'First Time' was contributed by former OZZY OSBOURNE bassist PHIL SOUSSAN. Arguably the best track on the record, 'Sleeping With The Enemy' features a credit from Robin Beck herself. Beck also turned up sessioning the same year guesting on Norwegian artist OLE EVENRUDE's 'One Size Fits All' album.

Whilst Robin took a greater songwriting role on 'Human Instinct', the album is still dominated by outside contributions. 'In My Heart To Stay' was written by CLIMIE FISHER. 'Treat Me Like You Used To' is a Sue Shifrin, David Cassidy and MARK SPIRO co-write. 'If It Don't Hurt' was penned by JOURNEY's keyboard player JONATHON CAIN and Mark Spiro. 'Next Time I See Heaven' is a Robin Beck and GLEN BURTNICK collaboration, whilst 'Will To Live' was written by I-TEN's Tom Kelly and Billy Steinberg with the HEART sisters Ann and Nancy Wilson. Meantime, Beck's former hit 'The First Time' was put to good use by Austrian female Rocker VERENA, using it to win the TV talent search programme 'Starmania'.

Beck made a welcome return in 2005 with 'Do You Miss Me' for the Italian Frontiers label in Europe, King Records in Japan and Locomotive / Ryko for the USA. Naturally the record would be bolstered by strong support of song-writers and guest musicians with DESMOND CHILD, Amy Sky, Chris Pelcer, MICHAEL BOLTON and MARC JORDAN donating compositions. Backing vocals came courtesy of husband JAMES CHRISTIAN and LISA DALBELLO. She also featured on RADIOACTIVE guitarist TOMMY DENANDER's solo album 'Taken', guesting on the track 'Easy's Getting Harder' duetting with JAMES CHRISTIAN.

Trouble Or Nothing (20th Anniversary Edition)

Livin' On A Dream

Do You Miss Me