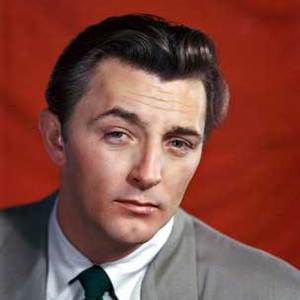 One of the lesser known aspects of actor Robert Mitchum's career was his forays into music. His voice had long been used instead of the professional singers when characters portrayed by Mitchum sang in his films. Notable productions featuring Mitchum's own singing voice included Rachel and the Stranger (1948), River of No Return (1954) and The Night of the Hunter (1955). After hearing traditional calypso music and meeting artists such as Mighty Sparrow and Lord Invader while filming Heaven Knows, Mr.

Allison in the Caribbean island of Tobago, he recorded Calypso - Is Like So... in March of 1957. On the album, released through Capitol Records, he emulated the calypso sound and style, even adopting the style's unique pronunciations and slang. A year later he recorded a song he had written for the film Thunder Road, titled "The Ballad of Thunder Road." The country-styled song became a modest hit for Mitchum, reaching #69 on the Billboard Pop Singles Chart. The song was included as a bonus track on a successful reissue of Calypso. . . and helped market the film to a wider audience.

Though Mitchum continued to use his singing voice in his film work, he waited until 1967 to record his follow-up record, That Man, Robert Mitchum, Sings. The album, released by Nashville-based Monument Records, took him further into country music, and featured songs similar to The Ballad of Thunder Road. "Little Old Wine Drinker Me," the first single, was a top ten hit at country radio, reaching #9 there, and crossed over onto mainstream radio, where it peaked at #96. Its follow-up, "You Deserve Each Other," also charted on the Billboard Country Singles Chart.