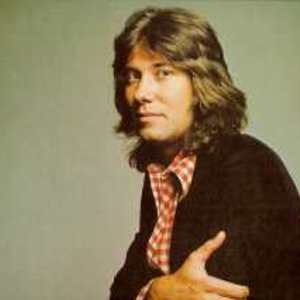 Legendary vocalist and keyboardist Robert Lamm was born in Brooklyn, New York on October 13, 1944. His early musical experiences included the Brookyln Heights choir. After his parents divorced, he moved to Chicago at age 15 following his mother's remarriage. Lamm played in bands throughout high school, and studied music theory and composition at Roosevelt University. He was invited to join what would become Chicago in early 1967.

His songwriting talents made him the default leader of the group in the early years. Lamm-penned hits include, "Beginnings", "Does Anybody Really Know What Time It Is?", "Saturday in the Park" and "25 or 6 to 4". His clear baritone voice was an asset, as were his stylized keyboarding skills. Fans of the band believe Lamm also served as the group's social conscience, and many of his best songs ("Free", "All the Years", "State of the Union", etc.) espouse political themes. In the 80s, Chicago's bassist/vocalist Peter Cetera became the commercial focus, and Lamm seemingly drifted into a period of both personal and professional frustration (which included a vicious cocaine habit in the early part of the decade). In the 21st Century, mostly good-natured interviews find him still committed to Chicago, but somewhat saddened by what the group has become. He seemingly deals with his need to create by putting out both solo projects (e.g., "In My Head") and collaborations with others (e.g., America's Gerry Beckley). And, of course, Chicago still tours, most recently in an excellent series of concerts with Earth Wind & Fire. Famously private, Lamm's personal life is mostly off-limits to fans. He has been married at least three times (some think it's as many as five), and has several children. His first wife was the late actress, Karen Perk, whom he married in the early 70s (her credits, as Karen Lamm, include Thunderbolt and Lightfoot (1974)). She accused him of having affairs while Chicago toured Germany, and they divorced (she later married The Beach Boys' Dennis Wilson - twice). Lamm's second marriage was to Julie Nini, whom he wed in 1976. They had a daughter, Sacha, in 1977. After his divorce from Nini, information about his relationships is hard to come by. In interviews, Lamm has hinted that his great song "Sleeping in the Middle of the Bed Again" (from the infamous "Stone Of Sisyphus" album) was written in reaction to yet another divorce. What is certain is that he is currently happily married to his wife, Joy, who has helped him with his recent musical projects. Tall, slim, and dark-haired in the early years, the blue-eyed Lamm grew bearded and pudgy in the late 70s, painfully thin in the early 80s, and now seems fit and content. Reports indicate that he can be difficult to work with, and he has made a statement or two about Chicago's fans that have raised eyebrows. In Lamm's defense, it should be said that it's obvious the music matters to him, and that no law says fans have the right to intrude into the private lives of those they admire. Now in his early 60s, Lamm doesn't seem to be done with music. Fans of Chicago are all the better off because of this.

Life Is Good In My Neighborhood 2.0