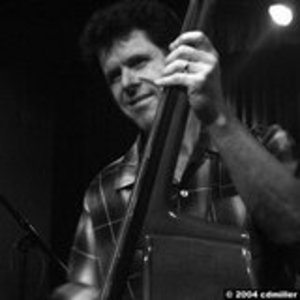 Rick Holmstrom You might not expect to hear a twenty year veteran of the blues and roots scene say: "After all the time I've spent making records in front of computers, it was a blast to rip one out old school again." But things are not always as they seem and Rick Holmstrom is not your average guitarist. This is the guy, after all, whose last record is frequently heralded as one of the most innovative blues & roots releases of the last few decades.

You might not expect to hear a twenty year veteran of the blues and roots scene say: "After all the time I've spent making records in front of computers, it was a blast to rip one out old school again." But things are not always as they seem and Rick Holmstrom is not your average guitarist. This is the guy, after all, whose last record is frequently heralded as one of the most innovative blues & roots releases of the last few decades.

After blowing the gray felt fedoras off of hidebound blues purists everywhere with his sample-drenched, jump blues-meets-breakbeats Hydraulic Groove (2002), Holmstrom has in some ways come back to his roots with Late In The Night. Recorded, mixed and mastered in less than 2 weeks. Late... is, according to Holmstrom: "The sound of me left to my own devices."

Holmstrom tells it: "Yeah, it's been nearly five years since Hydraulic came out, so naturally folks must think I've been sitting around eating cheeze whiz and watching Conan re-runs. Sounds good, but that's not the story. I've been plenty busy. In fact, Late... is the fifth record I've worked on since Hydraulic Groove came out. First, I got about half way through a super-raw garage recording back in 2003, then I spent countless hours on computers with Genome (his collaborator on Hydraulic Groove) working on a Hydraulic Groove follow up, then I started another all instrumental record, then in early January 2006 we recorded a live record that was slated to come out in spring 2006. After months of record company shake-ups, I was set to release the live record on M.C. Records, but at the last minute I changed my mind. It had been nearly a year since it was recorded and I knew we could do better, so I decided to shelve it and start over.

"Funny thing is, after all of this trouble, I made a much better record by just knocking it out. A buddy had came out to a recent show and remarked: 'Too bad you didn't record the live record with this band' after seeing my trio with Stephen Hodges and Jeff Turmes (longtime bandmates who've played and recorded with the likes of Tom Waits, Richard Thompson, R.L. Burnside and the Fabulous Thunderbirds). The live record was the same band augmented by more pieces, which sometimes led to clutter. The trio, which at first was an economic necessity, proved to be an inspiring situation. We all agreed to "embrace the space" and not become a typical power trio. The stripped down lineup gave us room sonically. Things started to breath. And then I also had a batch of new songs, songs that were better than any I'd written before, plus we had been playing some of the songs for awhile, so I just decided to go for it, regardless of how little time we had to make the record."

Now just because he ditched the computer based beats & samples aesthetic doesn't mean Holmstrom's unique artistic flair was compromised on Late... This is a rare modern record where buzzsaw toned Link Wray-meets-Gatemouth Brown guitars meet a literate, nuanced (and in a couple of instances even political) songwriting point of view. "Well," Holmstrom admits, "yeah, it's hard not to write something that reflects on the sorry state of affairs today. But I try to do it in a way that feels right to me. Understated, I suppose. Hydraulic Groove proved that I'm not interested in writing 'ooh baby you're so fine' 50's style blues tunes anymore, but then again, I'll leave the deep poetry end of things to the Prine's, Neil's, Lucinda's and Dylan's, dig? What I'm trying to do, basically, is come up with songs that I want to hear...songs that are simple, that have vivid imagery, strong melodies, and that also have the kind of lowdown, gritty sounds and energy that get my blood pumping. Sort of like early 50's Sun Records-era Pat Hare meets J.J. Cale on a bender."

The story has been told many times but it's worth repeating...Holmstrom was born and raised in Fairbanks, Alaska. His parents filled their home with the sounds of 50's rock, surf music and the Beatles. His father was a disc jockey who took him to see Chuck Berry at an early age. After messing around with the guitar for awhile, Holmstrom gave it up for sports through his teen years. But while attending college in Redlands, CA, he joined a band that played blues and roots rock at parties for beer. After graduating in 1987, Holmstrom found himself deep into a flourishing Los Angeles blues scene. Stints with stalwarts such as Smokey Wilson, William Clarke, Johnny Dyer, Rod Piazza and the old Hollywood Fats Band led Holmstrom to play and record with legends such as Jimmy Rogers, Billy Boy Arnold, Jody Williams and R.L. Burnside. After fifteen years of heavy touring as a sideman, Holmstrom formed his own band in 2002 and hit the road in support of Hydraulic Groove.

"I'm glad I made that record," Holmstrom reveals, "even though it pissed a lot of folks off. In fact, I'm really proud of it. It was heartfelt. Every record ought to be exactly what you're into at that time. Why hold back? I was into seeing what could be done with beats and samples, especially after my experience with R.L. Hip hop and electronica artists were really making interesting records at that time, at least to me, and I wanted to see what kind of weird juxtaposition I could come up with using my style of blues and these cut up beats. But ultimately, after touring for a couple of years with a tightly rehearsed band trying to re-create the record live, it became a bit of a drag. I started to long for musical freedom. Like Dylan says: ?I'm a musical expeditionary'."

Enter Late In The Night?all 60 cycle hum, dark ambient textures, punchy dynamics, tape echo, and space. Doug Boehm (who's also walked a traditional-meets-futuristic line with artists such as Beck, Moby, the Vines, and R.L. Burnside) mixed Late In The Night with an emphasis on grit that still retains the best of Holmstrom's signature futuristic sound. Late In The Night is the sound of Rick Holmstrom distilling his 20 years of playing and recording down into blues for the 21st century...and who says creating that kind of sound has to be done on a computer?

Late In The Night