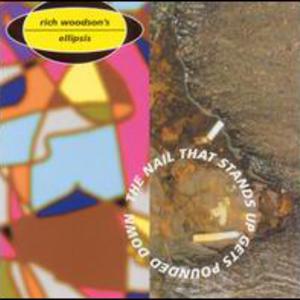 rich woodson is a self-taught brooklyn based composer originally from texas. he has been active in the downtown nyc music scene since the mid nineties. ellipsis's debut on cuneiform records "control and resistance" was released in 2000 to rave reviews from the RIO, avant-rock community. the follow-up "the nail that stands up gets pounded down" was released in the summer of 2005. rich woodson's ellipsis could be described as maximalist, a synthesis of varying idioms (most notably avant/free jazz, speed metal and academic classical music) and generally complex.

for more information go to http://richwoodson.com

'the nail that stands up gets pounded down'