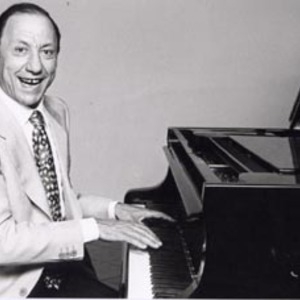 Renato Carosone was born in Naples on January 3, 1920. He is know as the symbol of the ?canzone napoletana? in the whole world. He made the whole world sing, dance, have fun, dream, fall in love with his innate good humor and his music. Including China. A fantastic and passionate Naples characterized his youth. A Naples full of laughs and poetry ruled by irony and comedy, where everything is between the dream world and reality.

A fantastic and passionate Naples characterized his youth. A Naples full of laughs and poetry ruled by irony and comedy, where everything is between the dream world and reality.

Upon visiting Italy, Goethe once said ?Naples is a place where everyone lives in an exhilarating oblivion.

Carosone doesn't hesitate to show his genuine passion for music and in particular his love for the piano. With several sacrifices, his parents indulge him in his passion and they have him study with real ?maestri? such as Vincenzo Romaniello, Celeste Capuana and Alberto Curci. When his mother dies prematurely, Renato (the eldest of 3) helps his father run the household, by doing all kinds of odd jobs.

He forms the first Carosone ?trio? with his brother and sister. His relatives, neighbors and peers are very enthusiastic.

As the years go by Renato who at this time is a seventeen-year-old, goes to Africa with an artistic Company of performers as a pianist and an orchestra director.

When the African tour concludes its stay, they all return to Italy, all except Carosone who remains in Africa with the Addis Abeba orchestra.

In 1937, Carosone has several musical experiences. These experiences show him new ways of making music.

During the Second World War, Carosone is drafted and sent on the British ? Somalia front. The following year, Carosone takes his place behind the piano, with Jazz, but this time in an English club.

In 1946 at the age of 26, Carosone returns to Italy from Somalia on one of the first ships. His success in the ex-colony doesn't help him much, since he is completely unknown in Italy.

He has to start from scratch. The magical moment happened after several record contracts and small ballroom orchestras. In 1949, he was personally asked to form a ?trio? in order to inaugurate a new nightclub in Naples. He befriends a Dutch man by the name of Van Wood and takes him on as a guitar player and singer at three in the morning.

All that was missing was the third man, the meeting takes place with the owner of the nightclub who asked Renato to form the trio.

The bespectacled Geg? di Giacomo shows up at 4:30 sharp at the Hotel Miramare in Naples where Carosone is rehearsing with Van Wood. This first meeting turns out to be somewhat comical: the drummer has no drums, since he brought them to be chromed. Carosone and Van Wood are annoyed by this and they begin doubting Geg? who then creates makeshift drums made out of: a wooden chair, a tray, three different size glasses and a whistle.

This marks the first rehearsal of the Carosone trio, which becomes famous all over the world in a very short time.

A very famous song by Carosone says: ?Napoli paese d'? sole, paese d'? mare, paese addo' tutt'? so'ddoce e so' amare, so' sempre parole d'ammore?, and it is due to this spirit that the ?Trio Carosone? manage to have success wherever they appear, thanks also to their personality of each member.

He forms other groups with Geg? (always by his side) and they make their first appearances in the business. ?Maruzzella? paved the street for the new composer with excellent lyrics by Enzo Bonagura.

His lyrics are by a giant of light Italian music Nisa (Nicola Salerno).

?Torero? remained in the charts at number one for 14 weeks in the North American Hit Parade. It was translated in 12 languages. This enormous success opened the doors for Carosone and helped him conquer the North American market and Paris, London, Madrid, Barcelona, Valencia, Munich, Frankfurt, Hanover, Berlin, Nuremberg, Dusseldorf, Zurich, Lossana, Nice, Monte Carlo, Athens, Lisbon, Behiruth, Palma de Majorca, Rio de Janeiro, San Paolo. The group then receives the most ambitious award of all and that is to perform at Carnegie Hall in New York.

The American tour begins in Cuba and then moves to Caracas and finally on January 5, 1957 the Carnegie Hall debut.

The show is an absolute success, they are no longer the ?immigrants? from Naples. The group of six is dressed up and wearing Pucci ties and above all they have their wonderful smiles.

His songs begin to appear in films with Anna Magnani who sings ?Maruzzella? ?Nella citt? l'inferno?. Sofia Loren sings ?Tu v? fa l'americano? with Clark Gable in ?La baia di Napoli?. As well as in films with Tot? and in ?Main Street? by Martin Scorzese, where the soundtrack was entirely by Carosone.

In 1960 at the age of 40, Renato Carosone feels that something is changing, he starts seeing screaming girls and the Beatles and he decides to retire and take leave of the spotlight with one last television show organized for the occasion.

The announcer was Emma Danieli. Carosone told the public: ?I'd rather leave while I'm on top of the wave, rather than later. These new armies in blue jeans can ruin the treasure that has been accumulated in so many years of work.?

Carosone was right even then. He stepped aside. And he wasn't the only one. The piano his faithful and inseparable companion, for his openly reasons for living. Bach, Clementi, Chopin, Beethoven were the only light which illuminated the moment of isolation. ?This was a very important moment?, says Carosone ?in the past 15 years I was able to take a good look at my life as a man and musician and to put every thing in its right place, as well as to take complete possession of my piano?.

At the end of the fifteenth year a telephone call broke the silence. Sergio Bernardini who was very persuasive organized a live television show from the ?Bussola? of Foretti.

The date was August 9, 1975. The reaction from the press was unanimous. An absolute success! Carosone was wearing his same Pucci tie and his smile from fifteen years before, the same songs, the same bands, the same modesty in front of his public and piano.

The only one thing that was different: the knowledge of the public, the knowledge of having found a friend if only for one night. Renato Carosone says, ?I'm positive of the fact that every artist should remain faithful to only one cause until the very end, without being tempted by trends, which unfortunately are quite popular nowadays?.
Renato always remembered what Eduardo de Filippo once told him ?You must do as I do! You must continue as you are, always perfecting what the public wants, and appreciates.?

After his 1975 comeback at Viareggio's ?Bussola?, Renato is tempted to return; ?That same temptation one has after giving up smoking? says he ?and who again tries the pleasure of smoking a cigarette.?

Song is not only art and poetry, it is also an industry and Renato doesn't want to feel smothered or better yet conditioned by the needs and financial interests of those around him.

Therefore he resists temptation and becomes a discreet presence. Another seven years go by before entering a recording studio: this comes about through the very close co-operation he has with Sandrino Aquilani. So after 22 years of silence the ?Renato Carosone ?82? LP finally comes out. It is picked up everywhere with great enthusiasm and Renato returns in the studio with his dear friend Aquilani and finishes recording all his greatest hits, by using modern recording instruments, which by then have moved on a great deal.

?I had a great desire to perfect my repertoire, which was really run down.? This incarnates a career which sees him as a great protagonist.

Renato! What is this: music or joy of life? ?Both?