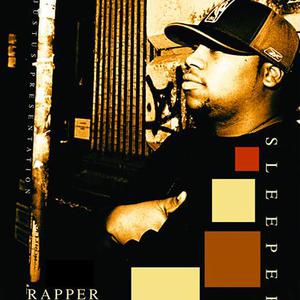 Born and raised in Alexandria VA, BIG POOH started rapping at age 13. It wasn't until meeting future group members PHONTE and 9th WONDER at North Carolina Central University in 1998, however, that he committed himself to cultivating his craft. BIG POOH draws from a wide variety of musical influences, ranging from Pete Rock & CL Smooth, EPMD, Snoop Dogg, A Tribe Called Quest and Nas, to Radiohead, Beck, and the Red Hot Chili Peppers. It was in these early freestyle sessions in PHONTE's dorm room that LITTLE BROTHER was formed, and where the HALL OF JUSTUS crew first took shape.

HALL OF JUSTUS is comprised of members from LITTLE BROTHER, YAZARAH, THE AWAY TEAM, L.E.G.A.C.Y., CHAUNDON, O-DASH, KHRYSIS, BIG DHO, and others. The Justus League has become a family for us, not just for music, but for life, says BIG POOH.
In 2004, HALL OF JUSTUS teamed up with the newly formed label 6 HOLE RECORDS, headed by KANSAS CITY ROYALS SECOND BASEMAN DESI RELAFORD, to release a series of albums from the crew, including RAPPER BIG POOH's Sleepers. Other projects to be released through this partnership include albums from 9th WONDER, THE AWAY TEAM, and L.E.G.A.C.Y.
RAPPER BIG POOH's album Sleepers will be in stores worldwide Winter 2005 on HALL OF JUSTUS/ 6 HOLE RECORDS.vbfxf

Trouble In The Neighborhood (With Roc C)

Fat Boyfresh - For Members Only Vol. 1