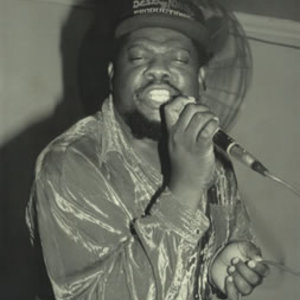 Veteran Rub a Dub DJ, also known as the Bionic DJ due to his ability to chat lyrics in fast style. Joseph Jackson career started in Jamaica as one of the early disciples of U Roy, his debut record was under the name Little Joe for Coxson Dodd's Studio One label using Larry Marshall's "Mean Girl" riddim. He was renamed Ranking Joe by producer Prince Tony Robinson. In 1977 his first LP was release by Groove Master; in the meantime he also recorded for other important producers like Joe Gibbs, Bunny Lee, Sonia Pottinger or Jo Jo Hookim.

He became resident DJ for Ray Symbolic Hi Fi with Jah Screw before moving to U Roy's legendary Stur Gav Sound. He is now based in the US where he still performs alongside Sir Tommy's, African Love or Downbeat Sound; he also keeps releasing new tunes on his own label "Ranking Joe Universal" as well as many guest appearances on other peoples productions like Twilight Circus, Jah Warrior and most notably easy star allstars' Dub Side Of The Moon.