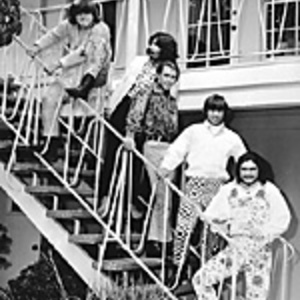 Raik's Progress made just one garage-psychedelic single, "Why Did You Rob Us, Tank?"/"Sewer Rat Love Chant," in 1966. Though the song titles might lead you to believe the group dealt in weirdness along the lines of early Mothers of Invention or The Red Krayola, actually the songs were not as strange lyrically as the titles seemed to portend. The music, though, was fairly strange for its time, with "Sewer Rat Love Chant" one of the earlier examples of raga-rock to filter down into the garage substratum.

The less distinctive, but still worthy, flip side, "Why Did You Rob Us, Tank?," had a similar approach, but bore a more audible folk-rock Byrds influence. Both sides were reissued on the Sundazed CD Sewer Rat Love Chant, which added ten previously unreleased live songs from a 1966 concert, most of them bearing a more standard British Invasion R&B influence from the likes of Them and the Animals.

Raik's Progress might be best known for including in their ranks the teenaged Steve Krikorian, who in the late '70s and early '80s would become better known as Tonio K.. Back in the 1960s, however, he was a singer and bassist for this Fresno band, which got a contract with Liberty Records through a connection with Ross Bagdasarian (aka David Seville). Although they did some gigs in Hollywood and played in the Fillmore Auditorium in San Francisco in 1966, they petered out in early 1967. Aside from Krikorian/Tonio K., the member of Raik's Progress to go on to the greatest subsequent visibility in the music business was Duane Scott, who went on to work as a recording engineer. ~ Richie Unterberger, All Music Guide