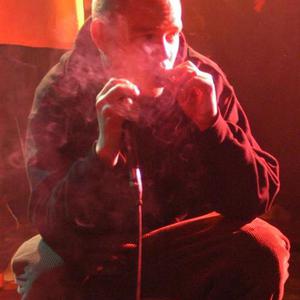 One of the greatest underground rappers of all time and hailed by many as one of the most skilled and innovative lyricist since hip-hop's conception, Qwel is not your average ambiguous applause monger. Seasoned within Chicago's unrelenting battle circuit, Qwel found his niche among his soon to be crew at University of Chicago's WHPK Wednesday night rap show. The show, a staple in Chicago underground history, was then hosted by DJ Natural and Kid Knish. There he would meet both Denizen Kane and Qwazaar and soon after they would form Typical Cats.

The project that they shortly after released, would instantly gain both national and international acclaim. With production from Natural and lyrics from, arguably, the three rawest lyricists to date, Typical Cats would set the pace and tone as just the beginning of Qwel's notoriety. After the release of Typical Cats' debut album and Qwel's vicious appearance and performance in the Chicago blaze battle, what could fans expect?

Nothing would have prepared the underground world for what was next. Qwel's first solo effort If it Ain't Been in a Pawnshop, Then it Can't Play the Blues, far surpassed any expectations listeners held for him. With more introspective, thought provoking topics, Qwel proved his writing prowess, while displaying his graceful flow and fiery soul, three things which Qwel feels are missing not only from underground hip hop, but from this numb and dumb world. The ?Pawnshop? (as it has become more commonly known as) combined production efforts from Galapagos4 teammates DJ Meaty Ogre and DJ White Lightening, giving it a unique and melancholy form, which is just now starting to be imitated (and poorly) years after its conception.

Qwel's sophomore effort The Rubber Duckie Experiment would forever disqualify him from any conventions or pigeon holes that listeners would try to slump him into. In a world ravaged by chaos and confusion, Qwel dared to sort out the mess of post 911 propaganda as others would cower. In a world looking for any reassurance of life out there, Qwel erected an unbreakable, sealed monolith: the rubber duck. Very content laden and experimentally produced, The Rubber Duckie Experiment challenges the questions of purpose and existence. Qwel beautifully shines light on the statistic based, TV nation we slave for with a statistic of his own. There are more rubber duckies on this planet right now then real ducks. What would follow?

When Qwel and Maker first discussed the possibility of collaborating on the first of the four horsemen/seasons albums neither one of them could have fully known exactly what they were unleashing on the underground hip hop world. With Makers rare and completely unprecedented production style, Qwel saw an opportunity to return to true school ripping it with the proper canvas to topple topics that the cornier, true school emcees wouldn't dare. With a much more up beat and banging approach to the songs Qwel and Maker dropped one of the greatest underground hip hop albums of all time, The Harvest.

Soon after, fans would get an added treat in the release of the long awaited and greatly anticipated sophomore effort from Typical Cats, Civil Service. Civil Service would mesmerize both fans and critics alike. No one could have anticipated the more rugged, mature production style from Natural or the more centrifugal topics from the three lyricists. Civil Service was a return to the ?fuck what ya heard? hip hop that has been long overlooked in this day and age of glam and glitz that plagues both the commercial and underground realms.

Qwel continues to grow in his writing, as he shows off his story telling ability throughout his fourth and possibly most skilled release Dark Day. With monster production provided by Jackson Jones (whose earlier collaboration with Qwel on the exclusive release Rapid Eye Movements gained overwhelming and abundant applause), Qwel continues to render the mold null and void. In his Dark Day, Qwel ruminates over the notion that he who does not know his history is doomed to repeat it, and that leaves no time for blame in this cave. Qwel attacks the very principles that enslave us to our modern Tower of Babel. Qwel cleverly distributes story rhymes and furious triple time heat to officially seal the fact that he ain't going nowhere and growth is eminent.

From Qwel's prolific debut to his most recent works, he has proved to be groundbreaking and exceptional in all his endeavors. He continues, time after time, to shatter the molds and preconceived notions set for hip hop. With his clever lyricism and cutting edge versatility and topics, Qwel continues to fight to gain legitimacy for hip hop.

If It Ain't Been In A Pawn Shop