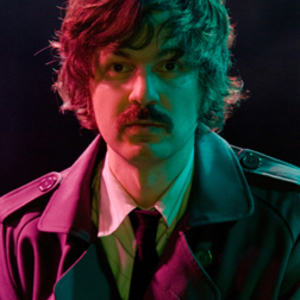 Qua is Melbourne based Cornel Wilczek who started the project in 2001. It started with an invite to play with Pretty Boy Crossover in Melbourne, Australia. From the pressure of sorting out a live set .. and finishing songs, something became apparent - the songs actually worked. Over the next year of live performances the album "Forgetabout" was formed and eventually released in August 2002. The next 2 years saw Qua becoming a regular in the Australian live scene.

The next 2 years saw Qua becoming a regular in the Australian live scene. Armed with a laptop and guitars, live performances became an important part of the songwriting process and in this time the album, "Painting Monsters on Clouds" was written.

Cornel has just completed his Masters, majoring in surround sound at Media Arts, RMIT. He also works as a sound designer and composer for film/tv/animation in his noisy little abode in Collingwood, Melbourne.