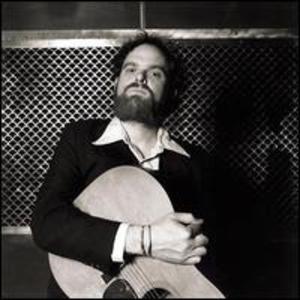 Anders Parker is a modest man who lives in Burlington, Vermont and works as a musician. People who are into American songwriters know him as the frontman of Varnaline. That band enjoyed the support of so many enthusiastic reviews and high-profile fans (most recently Steve Earle, who released the last Varnaline record on his own boutique label ESquared/ Artemis) that it became a widely held consensus that they were underrated. Which was impossible, though not the fault of the listening public, who actually really do have a bit of an ear, sort of.

Parker grew up on an old farm in New York's Hudson Valley, amid apple orchards, strip malls, and liberal arts colleges, listening to The Beatles, Bob Dylan and ABBA. Later, his interest flowed to R.E.M., The Replacements, Husker Du, The Smiths, etc. ? ?Anyone who can write a song,? as he once put it, had a fan in Anders Parker. During his twenties, he moved to Portland, OR, bought a four-track and entered the lofty ranks of real-deal troubadours. 1996's Man of Sin (an Anders Parker solo album released under the name Varnaline) introduced Parker's knack for new chord structures that feel lived in, and lyrics that delicately illustrate our world's myriad variations on the sadly beautiful and beautifully sad.

The next year Varnaline became a band, as Anders' brother John Parker got on board as bassist. Drummer Jud Ehrbar, an old friend of both Parkers, joined on the condition that Anders help out with Ehrbar's other band, Space Needle. 1997 saw the release of Varnaline's self-titled sophomore effort, the acclaimed second Space Needle album The Moray Eels Eat the Space Needle and the acoustic Varnaline EP A Shot and a Beer. The new trio came off surprisingly low-slung and heavy. They made Parker's sturdy songs so rugged you could leave them in your pocket for a few days, run them through the laundry and in the morning they'd work just the same. Varnaline was compared to Crazy Horse and the Minutemen. They toured with Metallica that summer. And they earned a following in the alt-country scene. This was probably due more to Varnaline's old-fashioned musical values (e.g., songs that work) than their sideburns. By 1998's Sweet Life, the band was proving impossible to categorize, except by saying, as many did, Damn this Anders Parker guy can write a song. Sweet Life captured Varnaline's brilliance the way glimmering ice can capture a tree. Production became as much a part of Parker's vision as his words and melodies. The characters he sang through started conveying poignancy beyond their own comprehension. Around the turn of the century, the label that released the first three Varnaline albums folded, and the band's rhythm section executed a graceful bow to the pull of career and family. Anders, now relocated in North Carolina, signed to E-Squared/Artemis Records, but, unlike his labelmate Kurupt, continued to work with his former crewmates.

Nonetheless, 2001's Songs In a Northern Key was pretty much an Anders Parker solo record released as a Varnaline record. Sprawling and varied, somber and gorgeous, it earned a crop of praise for all that and, of course, its songwriting. No Depression gave it a rave, calling it ?cinematic in its imagery and intimate in its feel.? Magnet honored it with a spot on its year-end list of the 20 best albums of 2001. London's Daily Mail called it ?a minor masterpiece.? In making his new album, Tell it to the Dust, Parker mastered the semi-solo approach of Songs In a Northern Key. Or maybe the first official Anders Parker album is better than the others because he had so much time. Take a guy who writes countless great songs every year and give him three years?you don't need an abacus to calculate what's coming.

The project was initiated with monies received upon voluntary release from Artemis (a year was long enough to wait for the chance to record a follow-up) as well as contributions from his Management Company, Undertow and donated studio time from friends and believers. Parker reunited with key collaborator Ehrbar in an old Brooklyn firehouse. The two laid down 22 songs in four days. The initial recording was by producer/engineer Adam ?Red? Lasus (whose credits include work with Helium and Clem Snide, in addition to Space Needle and Varnaline). Then, Anders took it on the road, recording in sundry settings with friends one at a time, including Jay Farrar (Uncle Tupelo, Son Volt), Bo Taylor (Motocaster, Dish, Bandway), Kendall Meade (Mascott), Greg Elkins (Vanilla Trainwreck), Joan Wasser (Dambuilders, Those Bastard Souls) and John Parker (Varnaline). John Agnello, (whose credits include Varnaline's ?Sweet Life? as well as work with Dinosaur Jr. and Mark Lanegan) mixed the songs and then stepped up to offer the final piece of the puzzle by agreeing to release the album on his record label, Baryon Records.

It worked. ?Tell it to the Dust? will move and please all who listen to it. Its release is a major story. Consider it the performing songwriter's equivalent of getting shot nine times in a botched drug deal and living to brag about it. For people who like songs, big news.

The Man Who Fell From Earth

There's A Bluebird In My Heart

Tell It To The Dust