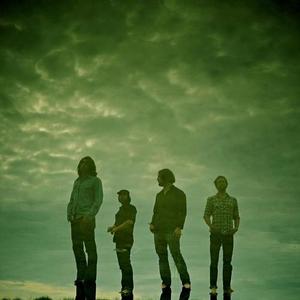 Pride Tiger is East Vancouver boogie-rock that can only be accurately described as the sonic version of you and a few hundred of your closest comrades sitting around a Texas truck stop on a lackluster Saturday night in the summer of '76. Suddenly twelve kegs, eight stacks, one Gary Rossington of Lynyrd Skynyrd, Thin Lizzy, and Black Sabbath materialize out of the not-so-thin air and uninterrupted good-times abound all night long.

Simply listing off the last name of each member, the title of Pride Tiger's debut release pretty much says it all. Featuring Bob Froese, Sunny Dhak (founding members of 3 Inches of Blood), Matt Wood (3 Inches of Blood, Goatsblood), and Mike Payette (S.T.R.E.E.T.S), the P.T. line-up reads much like a role-call of who's who in righteous Canadian jams. That said, it's their music and not their credentials that makes them a force to be reckoned with.

Chances are, if you're listening to P.T. you're far too busy being instantaneously rocketed into party and/ or boogie-mode to notice the most brilliant thing about this band. If you can stop dancing for long enough you'll notice that underneath the catchy riffs, feel good rhythms, anthem-worthy melodies, and beards lies a veritable gold-mine of technical chops, incredibly tight playing, and plain old-fashioned good song-writing that never misses a back-beat. Perhaps this is why they sold-out the first show they ever played, and have sold out every show since based purely on word of mouth.

Long story short, P.T. (party time. Pride Tiger. Same difference) will provide the masses with more good times and great jams than you can shake a Pacific Pilsner at.