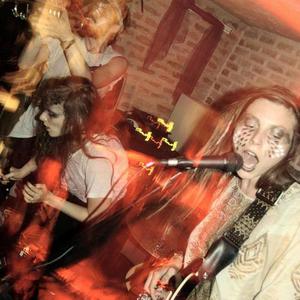 Pocahaunted were the self-proclaimed "Olsen twins of blissed out drone" from Eagle Rock, California, United States - Amanda Brown and Bethany Cosentino. Debuting in 2006 with cassettes Moccasinging and What the Spirit Tells Me, Pocahaunted quickly rose to become one of the most popular Not Not Fun related bands releasing several albums (including critically aclaimed Island Diamonds) on various underground labels.

Live From The New Age

Beast That You Are (VLS)