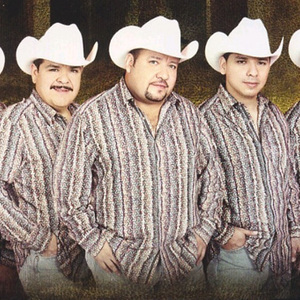 In the year of 1993 a group of young natives of Monterrey N.L. meet in order to rehearse what more they like doing, Norte?o. Is as well as Beto Zapata, Pepe Elizondo, Mario Padilla and Popo Guajardo give life to a musical group that eventually would become one of the Favorites public wave grupera? HEAVY. "AYUDAME A forget" title of his first production begins to hear in his native Monterrey, hence starts an uncontainable rain topics as DIA from DIA, BESO A BESO among others, getting the attention of the Auditorium by trying a different sound of Norte?o music style.

2 July 1993 heavy has its first presentation, this performed is done at a bar in a popular colony of their land. Shortly before his record "LLEGO EL AMOR" Julio Tamez started in percussion pool, this production became won his first double album of gold. This album helps them to penetrate the national and international radio stations.
Thus begins his musical adventure stepped on scenarios of great importance in dances, concerts, TV programmes and radio festivals.

So much was the acceptance of the public towards heavy, which surprised with figures ever seen in sales of discs and assists in their presentations, surpassing all expectations to the age group. Today not have been able to be overcome to more than 16 years of career.
In May 1997, Popo Guajardo decides to leave the pool leaving a very difficult to fill space but thanks to its ability to integrate To?o little fills space and becomes partly essential group joining to heavy.
Also in January 1999 Mario Padilla decided to undertake another dream instead leaving Luis Mario Garza, who has been responsible since that day to give a special touch to the band with his ability, skill and expensive.
Since its inception heavy has been characterized by daring to blend rhythms and sounds ever made in the norte?o, genre such as jazz, rock, vallenato, funk, tango, among others, gained respect for the alien to the grupero public. Of these mergers were born subjects as DILE, LOCO, LAGRIMAS AMARGAS, among others.
Public accustomed to listening to heavy with pure love themes!... as Pepe Elizondo, not expected that in the year 1999 us surprised with LASTIMA ME DAS, then NO TE LA you are really going to finish, topics of tear in love but with a style that I took to be once more identified with a new style that they would impose and marcar?an Norte?o.
Thanks to the acceptance of public record A scream to another part and HUMILLATE, forming a trilogy full of affection, pain, tears along with OJALA QUE TE MUERAS and betrayal, topics that were able to place the group as a favourite throughout the Mexican Republic, conquering Central and South America.
Always maintaining that love, affection and respect towards women, launched the MUNDO DE AMOR, half and half and TE QUIERO TE AMO, topics in the voice of Beto Zapata made joining hearts.
Currently the quintet of Mty starts 2009 with more force that ever showing Union and harmony which is reflected in production titled "only with it", same that just a week launch made them creditors to gold Mexico and USA. Follows their first single OJALA, placing it on top of popularity and change and out, a cumbia entering radio stations to give that flavour of cumbia that only heavy knows to give, by placing the taste of all its audience as the second single.
HEAVY home February 14 2009 tour only CON TI, breaking the record attendance at the MUSIC HALL with 26 MIL people faith and leaving a hard to beat record demonstrating to the public in each concert and presentation the because they are still present in our hearts and the taste of all of us, with an impressive production and energy that characterizes the group... que vale that weighs... HEAVY! Pure love?