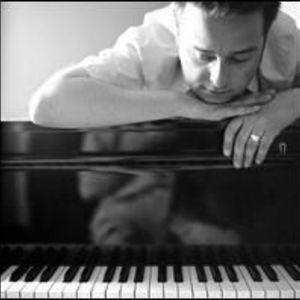 The three time Billboard charting recording artist Paul Cardall has inspired people worldwide. Not only as a songwriter, composer, and performer, but he has been successful running his own independent record label Stone Angel Music for more than 10 years. As a teenager, Cardall discovered his gift of music. After a friend's tragic death, he found solace through the family piano. Over the next several years, Cardall spent hours writing songs, without much formal training.

Cardall was also busy learning he had a gift of working with people. After serving a 2-year mission for his Church he was recruited by Salt Lake Community College with a full ride leadership scholarship. He was involved in student affairs, serving as the Fine Arts President and Public Relations Vice-President. He had the opportunity to work as a board member with a 6-figure budget, coordinating hundreds of events for students and people in the community. He oversaw events with local and national performers, poets, and authors. He also served as President of the Student Leadership Council and was able to help the college administration with organizing recruiting activities.

During his college experience, Cardall took jobs playing the piano for tips in Nordstrom and in fine dining restaurants in Salt Lake City, Utah. Many customers requested a CD of his music, and so in 1994 he Paul recorded his first album titled Sign of Affection. A copy made its way to #1 New York Times best-selling author Richard Paul Evans, writer of The Christmas Box. In 1995 he invited Cardall to create a musical adaptation of his story. Consequently, Cardall was able to work with Evans coordinating tours and other events surrounding the release of the CD and the book. The resulting album sold tens of thousands of copies its first year.

Cardall continued to serve his community as a counselor for Brigham Young University's Family Program Especially for Youth Camp. His responsibilities included planning and executing events for hundreds of teenagers. During this time, as fans of Cardall's music continued to grow, he became serious about a career. While performing various gigs, building his fan-base, and creating more albums, Cardall went to work at Evans Book Distribution as the music executive. He was responsible for creating, marketing, and the distribution of music catalogues. He negotiated deals with Disney Records, Windham Hill (BMG), and others.

In 1999, Cardall became a full-time artist when he signed a multi-album deal with Narada, a division of Virgin Records America. After releasing 2 albums with Narada, including a re-release of The Christmas Box, Cardall left to start his own record label, Stone Angel Music. Stone Angel Music distributes his music all over the world. This distribution includes license deals with Orange Music in Singapore, Bon Music in South Korea, and San Pablo Music in Spain. Overall, Cardall has released twelve studio albums, many of which have debuted on Billboard Charts.

Cardall said one of his most poignant professional moments was when the families of the victims in Oklahoma City Bombing requested the use of his music during their nationalized broadcasted memorial service.

In addition to his own music career, Cardall's label has signed cellist Steven Sharp Nelson, whose Sacred Cello debuted on the Billboard Classical Charts; guitarist Jake White, and film composer Ryan Stewart, who scores orchestral works for the SCI-FI Channel, and guitarist Ryan Tilby from the Capitol Music group Ryan Shup & The Rubberband.