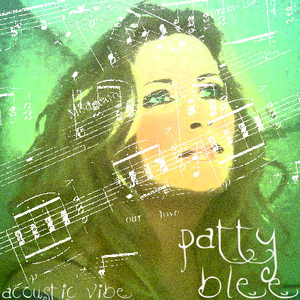 With Patty Blee.... husky voice, confessional songs and rootsy sound have earned numerous comparisons to the likes of Bonnie Raitt, Patty Griffin and Shawn Colvin. After years developing her distinctive phrasing and rhythmic guitar style playing lounges and casinos along the Jersey Shore, in 2002 she released her solo debut, Disguise, a deeply felt song cycle about the dissolution of a relationship.

This summer she celebrated the release of a new CD, Acoustic Vibe, a collection of fresh acoustic arrangements of songs from Disguise as well as a batch of new, emotionally revealing songs. As Blee told Atlantic City Weekly, she has always been inspired by "acoustic-based singer-songwriters - writers who display incredible courage by what they reveal of themselves. Songs written by the blood of the heart appeal to me." With her own music, she says, she strives to "let the songs happen ... and try to stay out of their way."