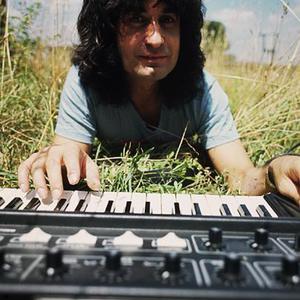 Patrick Moraz (born June 24, 1948 in Morges, Switzerland) is a progressive rock keyboard player. He is best known as the keyboardist for progressive rock legends Yes, from 1974-1976, and The Moody Blues from 1978 - 1991. He was classically trained at the Conservatory of Lausanne, but played jazz primarily before entering progressive rock and has been highly acclaimed for his virtuosity. He first toured as a solo performer opening for major jazz artists throughout Europe in the mid 1960s.

He first toured as a solo performer opening for major jazz artists throughout Europe in the mid 1960s. He then formed the group Mainhorse or Mainhorse Airline with Jean Restori in 1968, which released a self-titled album on Polydor. Another leading force of the band was David Kubinec (In 2007 an album with studio recordings the band recorded in Geneva 'The Geneva Tapes' was released on CD under the name David Kubinec's Mainhorse Airline.) He then moved to England and in 1973 formed Refugee with Lee Jackson and Brian Davison. Davison and Jackson had previously teamed with rock keyboardist Keith Emerson (famous for his work in Emerson Lake and Palmer) in the group The Nice.

Moraz rose to prominence in 1974 when he replaced Rick Wakeman in Yes, playing on their Relayer album. In 1976 all current members of Yes released solo albums, and the Moraz album, titled The Story Of I, received acclaim from musicians. In the interim Moraz had moved to Brazil, and incorporated Brazilian rhythms and performers on the album, making it an important staple of world music.

After Moraz recorded another album, Out In The Sun, which also was well-received, he began touring with the Moody Blues on their Octave tour in 1978, and later played on their 1981 album Long Distance Voyager, which was not their first album to reach #1 on the charts. He remained touring and recording with the Moody Blues until 1991, when the band decided to let him go. Moraz filed a suit against the Moody Blues in 1992 claiming he was a full fledged member of the band and was wrongfully terminated, and thus entitled to royalties on all future albums the band would release. Unable to produce any evidence of a partnership with the band, and presented with touring and recording contracts that he signed prior to each tour and album recording session, Moraz lost his suit and was found by a court of law not to be a full fledged member of The Moody Blues.

Even while with the Moody Blues, Moraz toured and recorded extensively. He toured with his group from Brazil, recorded with Chick Corea and two prominent albums of duets with drummer Bill Bruford, another former member of Yes. His solo albums Future Memories I, Future Memories II and Windows Of Time have been critically well received.

Future Memories I and II