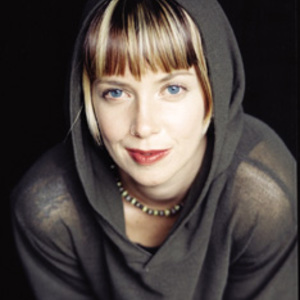 Over the years Patrice Pike performed onstage with many artists including Dave Matthews, Sarah McLachlan, Natalie Merchant, Blues Traveler, the Allman Brothers and the Indigo Girls as well as opening sets for the late great Ray Charles, Cake, Soul Asylum, Cheap Trick, The Neville Brothers and more. The disbanding of Sister Seven and the release of her first full length solo studio album Fencing Under Fire as well as the recent live unplugged CD Live at the Brushwood Lounge has established Patrice Pike as one of the best independent artists today. Patrice recorded Fencing Under Fire with former band mate and co-owner of her label Zainwayne Records along with Jim Watts and Ethan Allan and released the album in 2002. Her single ?Ms. Ramona? was in the top ten most added on AAA stations for several weeks being the only totally independent album with no major label or major indie ties on the charts along side Sonny Landreth, Dar Williams, Nick Cave and the Bad Seeds and David Grey.

Patrice's most recent success points to her songwriting skill, as she along with co-writers Wayne Sutton, Darrell Phillips, and Sean Phillips have been awarded Grand Prize Overall and First Prize Rock for their song ?My Three Wishes? in the USA Songwriting Competition. In the same competition ?Nobody Knows? took Top 10 in Pop. Her sense for lyrics and melody now winning international recognition, having competed with 32,500 entries from all over the world. Most recently Patrice's song ?Unraveling? garnered an honorable mention in the 2005 Mountain Stage NewSong Contest, presented by Performing Songwriter magazine.

In 2006, Patrice appeared as a finalist on the CBS reality show Rock Star: Supernova, a show that documents the search of the band Supernova's new lead singer. Throughout the show, Patrice met a lot of positive review with her performances, including her showcase of her original song, "Beautiful Thing." It was ultimately decided, however, that Patrice was not right for Supernova, and she was eliminated. Host Dave Navarro advised Patrice to seek a solo career, giving her a nod for her talent. Supernova is composed of Tommy Lee, Gilby Clarke, and Jason Newsted.