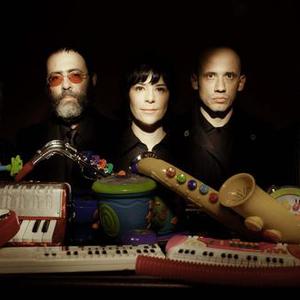 The band's popularity began to increase along with two other groups from Belo Horizonte, Jota Quest and Skank. The band plays pop-rock but frequently resorts to electronic music elements as well. Pato Fu is often said to be influenced by Os Mutantes, a famous Brazilian tropicalist group from the 1960s, probably because of the experimentalism found in both bands' songs. One can find in Pato Fu musical influences by Devo, The Cure, Radiohead, Pizzicato Five, Super Furry Animals and also mpb, among various others.

With the release of Ru&iacute;do Rosa, Pato Fu was nominated as one of the best bands of the world by Time Magazine in 2001. The band's 10th anniversary in 2002 was celebrated with the release of MTV ao Vivo: No Museu de Arte da Pampulha, a live performance with some of their most famous songs. As of 2005, popular hits include:

Fernanda Takai and John are married and had a daughter, Nina, in 2003.

The name of the band was taken from a Garfield comic strip where Garfield attacked a mailman with his "Cat Fu" techniques. The band liked the wordplay, but decided to replace Gato (cat) with Pato (duck). Coincidentally or not, the expression had also previously appeared in the Brazilian translation of the Howard the Duck movie; in it, Howard says he knows "Pato Fu" (Quack Fu in the original).