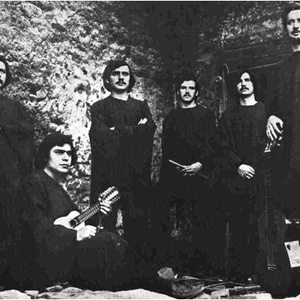 The group was formed by students at Universidad T?cnica del Estado at Santiago, Chile in 1967. On 11 September 1973, as they were on tour abroad, General Augusto Pinochet staged a bloody coup (democracy not returning until 1990). Having heard of the numerous extra-judicial killings of many fellow artists by Chile's army, they took up residence in Italy. They continued their international efforts supporting the return of Chilean democracy; samizdat copies of their work continued to be widely distributed in Chile.

In September 1988, days after they were no longer banned from Chile, they began touring Chile again. They helped organize the voting down of the referendum that would have re-elected Pinochet. Recently, they were actually supported by Chile as representatives of Chilean culture.

In the past the group was musically led by Horacio Salinas and politically led by Jorge Coulon. However, in 2001 there was a controversial split of the group, which started when three key members left the group (Jos? Seves, Horacio Dur?n and Horacio Salinas). They were replaced by Manuel Meri?o (from Entrama), Cristi?n Gonz?lez and Juan Flores. Due to the importance of departed members, many called into question the ability of the remainder to carry on the Inti-Illimani name. Meanwhile, the three departed members started their own group they call Inti-Illimani. From 2005 there exist two groups: Inti Illimani historical (Jos? Seves, Horacio Dur?n and Horacio Salinas) and new Inti Illimani (Coulon brothers).