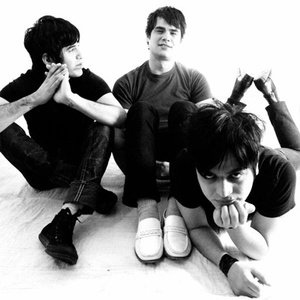 Pastilla is the recipe for your ears to feast on the latest and greatest of Rock en Espanol by San Francisco indie Aztlan Records. Pastilla is already on the racks, with advance orders having flooded the distributor before the CD had even been pressed. The official kick-off for Pastilla's premiere release took place in Los Angeles at Leonardo's. Pastilla, formerly Juana la Loca, is one of the most intriguing and popular groups on the burgeoning California Rock en Espanol scene -- the heartland of Spanish rock in the U.

Pastilla, formerly Juana la Loca, is one of the most intriguing and popular groups on the burgeoning California Rock en Espanol scene -- the heartland of Spanish rock in the U.S. Pastilla's trajectory is phenomenal. These four young Latinos -- average age 20 -- are destined for national and international acclaim.

Pastilla was formed in 1992 in Los Angeles. The group was incarnated as a melodic punk band with an international flavor to their music and songs. Today, based on solid instrumentation (more than 8 years of playing experience each), excellent songs and youthful charisma, Pastilla has evolved into one of the most promising and innovative groups on the Rock en Espanol scene.

In early 1996, Aztlan Records signed Pastilla to a recording contract and rushed the band into the studio to make their music available. After non-stop, grueling days and nights in the studio, Pastilla finished recording their self-titled 14 track album.

Ernesto Ramirez, guitarist for Maria Fatal produced the album. Gonzalo "Gary" Wallis, lead for the group La Tele, engineered the project. Reflecting on the completed product, Ernesto said of Pastilla, "Their music is very fresh and definitely very distinguishable from what is common in the Rock en Espanol movement to date. Pastilla is very lyrical, melodic and creative and as a producer I am very satisfied and excited with the CD. The guys gave me total freedom to work with them and experiment with various ideas and concepts. They treated me like another member of the band."