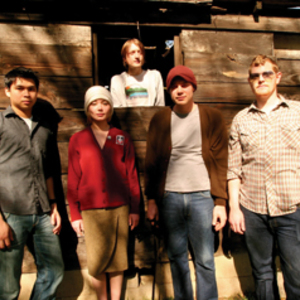 1) A five-piece rock group from Pasadena, CA, Ozma's sound is a mix of new-wave?influenced power pop and rock with Casiotone-driven melodies and heavy guitar riffs. The complexity of Ozma's songs grew considerably during the band's initial nine-year history, and after their split in 2004 they announced their reformation in early 2006. 2) Jazz sextet from Strasbourg, France. Founded in 2001 3) Ambient space music duet that released one well-received album, "A Huge and Silent Place", in 2000, before breaking up. The album is still in print, and is sold by one of the band members.

3) Ambient space music duet that released one well-received album, "A Huge and Silent Place", in 2000, before breaking up. The album is still in print, and is sold by one of the band members.

1)The band was formed in September 1995 by Ryen Slegr (vocals/guitar), Daniel Brummel (vocals/bass), Jose Galvez (guitar/vocals), and Pat Edwards (drums), with the later addition of Star Wick (keyboard/flute). After assembling a collection of early demos called Songs of Inaudible Trucks and Cars, the band self-released their first proper full-length Rock And Roll Part 3 on January 1st, 2000. Characterized by distorted guitars, melodic basslines, keyboard-driven hooks, vocal harmonies, and confessional lyrics, the album won the band considerable acclaim via the Internet -- Ozma was one formative success story of online word-of-mouth via Napster and MP3.com. Ultimately, buzz surrounding the band became loud enough to reach Weezer, who would eventually take Ozma (along with The Get Up Kids) on their first arena tour in 2001.

Ozma's second self-released full-length, The Doubble Donkey Disc, saw their sound branch out considerably into complex harmonies and long instrumental passages in mocking homage to prog- and classic-rock. The first half was united by Russian instruments, melodies and allusions, while the second half was more frenetic and attempted to briefly spotlight each member of the band - another tenet of classic rock. In 2001 the band signed to Kung Fu Records, owned by Joe Escalante of The Vandals. Kung Fu remastered and re-released Rock And Roll Part 3 and The Doubble Donkey Disc to a much larger audience, and the band embarked on several national tours including another stint with Weezer (the 2002 Extended Midget tour with Saves The Day) and the 2002 Warped Tour, as well as club tours with Nada Surf, Rilo Kiley, Piebald, Superdrag, and Rooney.

The band's third and final album before a long hiatus was 2003's Spending Time On The Borderline, produced by Chris Fudurich (Nada Surf). More unique, mature, orchestral, and sonically diverse than the first two albums, Spending Time... still dipped into pseudo-prog and classic-rock novelty that the band had briefly explored on The Doubble Donkey Disc. The stress of touring eventually wore down the band, and the quintet called it quits in July 2004 after several months on the road promoting Spending Time On The Borderline. The members went back to school and pursued side-projects; notably, Brummel released a collection of folk-influenced recordings called Speak Easy, and Slegr & Galvez performed and recorded as Yes Dear with Nate Greely of Arlo.

The band reunited for several sold-out shows in Los Angeles in 2006 with Kenn Shane (formerly of Addison) replacing Edwards on drums, and remains together. After previewing several demos and videos of the recording sessions on their MySpace page in late 2006 and early 2007, their fourth album, Pasadena, was released in May 2007.

Ozma headlined their own tour through the Summer of 2007 with newcomers The Actual and Eastern Conference Champions backing them up. In the Fall of 2007 they toured as the backing band to both Blue October and Shiny Toy Guns throughout The United States.

4) Ozma (Rudoy Anton) started his creative way back in 2005. That was a techno music. Slightly he moved to Drum and Bass genre. In early 2006, Ozma got totally familiar with FL Studio and began his Drum and Bass production. Nu Jump Up, Jump Up - that's what you'd found in Ozma's tracks. Since recent time Ozma is artist of promising label "Audio Boutique" based in St.-Petersburg running by DJ ART. Ozma tracks are played in Russia and many other countries. You could often hear his tracks on Radio Record (106.3) in "Russian Hour Pirate Station" radioshow. Also he could be heard on many English radioshows (on Charge FM, Crisis FM, Kool FM, Frequency FM). At present time Ozma has few tracks released on different CD compilations. At the beginning of 2008 his tracks "Air Team" was signed on "G-13 Records" (London, UK). Ozma's debute solo album was relesead on "Audio Boutique" label ("Pirate Station"). Ozma often collaborated with many other producers.

Spending Time On The Borderline

A Huge And Silent Place

Songs Of Inaudible Trucks And Cars