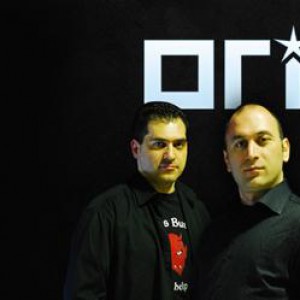 1) Orion - Michal Opletal, Czech hip-hop artist and producer (also known as Papa Ori, Vorel or Mitch Bjukenen), member of PSH.
2) An electronic music project by Danish producer & Dj Jean Borelli.
3) A Moldavian singer and producer.
4) Jimmy Ellis aka Orion was an American solo artist.
5) An Estonian pop/rock band.
6) Alias for ?rjan Nilsen aka DJ Governor.
7) A Finnish DJ/Producer
8) A rapper from Germany, Sachsen-Anhalt.
9) A Turkish rock band founded in 2003.
10) A Celtic folk band from Belgium.
11) A crack/demo group.
12) A black metal project featuring members of UK underground bands such as Artisian and Korvus
13) A band from One?ti, Romania.
14) A space rock Group from Lawrence, KS.
15) An UK based 'laid-back funky trio' featuring Ken Freeman
16) A pakistani metal band
17) Tomasz Wr?blewski, stage name Orion, is a Polish black metal musician, current vocalist of Vesania and bassist of Behemoth.
18) A Dutch rockband, and later studio project featuring Niek Lucassen
19) Orion is Macedonian metal band, which was active in the early 1990's.
20) ORION were a Middlesex-based NWOBHM band who released one 7", 'Insane In Another World', in 1984.
21) Orion is a Frisian Gothic Metal band from the Netherlands.
22) Orion was a French progressive rock band.
23) Orion, South Florida based Hip Hop artist. www.orionhiphop.com
24) Orion, a Croatian rock band from Split
25)Orion, a band comprised of RyanAdams and Jamie Candiloro
A rapper from Lithuania
27) Orion IS A MAN From USA which channel www.soundcloud.com/orion currently producing.

1)
Orion (born in 1976, Praha), real name Michal Opletal (aka Papa Vorel aka Miki aka Orion aka Ori aka Mitch Bjukenen atd.). In 1993 year he created hip-hop squad Pene?i str&yacute;?ka Homeboye. From beginning of his career he rejects dealing with major labels, mentioning loss of indentity. He appeared on almost every important czech hip hop album and has a status of father of the local scene. In 2006 year he received gold And?l (czech Grammy)yfor the best hip-hop & r'n'b album for disc "Teritorium II"(one of his solo albums). 2006 PSH published new album called Rap'n'Roll. He is recording an album with James Cole from Supercrooo.


2)
Orion is an electronic music project by Danish producer & DJ Jean Borelli. The project was started in 1995, and has since then released 5 albums and a wide variety of singles and compilation material. Jean Borelli has also been creating electronic dancemusic with various artists in the goa/psychedelic trance scene.The main aim of Orion is trying to combine various trance styles in one singular blend, which is the trademark of his sound.


3)
Orion is Moldavian singer and producer. He wanted to sing in the Moldavian Eurovision preselections 2006, but his song "Kiss Me" didn't qualify. This year he got in first round of preselections with song called "Desperado"; but did not make it to the final. His songs have a similar style to O-Zone.


4)
Jimmy Ellis aka Orion, was born in 1945 in Orville, Alabama. His natural voice was very similar to the voice of Elvis Presley, and he used his voice in a masked stage character called Orion, taken from a novel of Gail Brewer-Giorgio based on a famous singer who fakes his own death.

Jimmy Ellis began recording in 1964 for the Dradco label. In 1972 recorded for Sun Records two Elvis's songs: That's All Right Mama and Blue Moon of Kentucky.

In 1979 Ellis recorded many old Jerry Lee Lewis's songs overdubbing the Jerry's voice: Sweet Little Sixteen, Save the Last Dance for Me, Cold Cold Heart, Good Golly Miss Molly and many others. The album was credited as Jerry Lee Lewis and Friend and get the top 20, causing a great speculation about the identity of that mysterious "friend" who sounds exactly like Elvis. A TV show made a scientific scan and concluded that only could be the voice of Elvis.
That year Jimmy Ellis starts his career as Orion recording songs as Ebony Eyes, a version of Matchbox's Rockabilly Rebeland Queen's This Little Thing Called Love.

In 1983 he decides to take off the mask and tries to start a serious musical career trying not to sound like Elvis, but that wasn't easy, so finally he retorned the mask in 1987.

On the night of Dec. 12, 1998, Jimmy Ellis and his wife Elaine were killed in a robbery attempt to his convenience store by three local teens armed with shotguns.


6)
Orion is an alias for ?rjan Nilsen aka DJ Governor.


7)
Orion is a Finnish DJ/Producer
www.iki.fi/juska


8)
Orion is a rapper from Sachsen-Anhalt, Germany.
His rap-partner is Viper.


9)
Orion is a Turkish rock band. The band formed in February 2003 by Yildirim Erdemli. Orion is writing their own songs and playing Turkish rock. All band members are influenced by different musicians so that is effecting their compositions and performances by making them very different from one to another.
www.gruporion.com


10)
Orion is a Celtic folk band from Belgium
http://www.orionceltic.com/


13)
Orion was a band from One?ti, Romania. Some members also played in Godless and Offroad.


14)
Orion - space rock Group from Lawrence, KS. Previous members played in Tablets of Orion and Reggie And The Full Effect.


16)
Orion is a Pakistani thrash metal band formed in 2006. they heve released 1 demo, 1 full-lenght album and 1 split album with odyssey (pak).
The band was formed by Hussam Raza (guitar) and Bilal Nadeem (drums). Ameer Hamza joined when Bilal joined another school and became friends with him. Waqas was never formally asked to join the band, but just joined the band when he saw Orion jamming in their basement. Imaad and Hammad were asked to join the band for the Angel of Dust album.
The band went on hold soon after the release of Angel of Dust and from its ashes Odyssey (Pak) was formed.

18)
Orion is a Dutch band featuring Niek Lucassen. First started out as a band, but over time they gradually evolved into a studio project. Orion was active from 2002-2006 and released their debut album 'Fake Plastic Love' in the fall of 2005

21)
Orion is a Frisian Gothic Metal band from the Netherlands, who only brought out one demo album, which includes the following tracks:
* De fjouwer geheimen (9:36)
* It riedsel fan de dream (6:24)

22) Orion was a French progressive rock band which release a sole album in 1979 entitled "La Nature vit, l'Homme lui, critique...". The band was composed of - Franck Mamosa / guitar, Janusz Tokarz / keyboards and Laurent Delenne / flute, vocals.
Their LP was re-issued on cd thanks to Musea.


25)
Orion 2010 is a band comprised of D.R.A. (David Ryan Adams) and Jamie Candiloro (candyman.) Their freshman album was released in 2010 however recorded in 2006. Orion their first album was released on vinyl and digital download only. Orion would go under the genre of "Legit Metal."

Songs for the Goddess