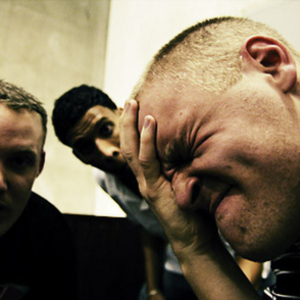 Zwolle-based Opgezwolle was a group consisting of two MCs, Sticky Steez (Sticks) and Phreako Rico, and one DJ, DJ Delic. In 2001 Opgezwolle decided to take part in 'De oogst van Overijssel', an annually returning festival for new talent from the province of Overijssel. After winning the finals in Enschede in May 2001, they recorded the album 'Spuugdingen op de mic'. Opgezwolle reached the finals of the GPNL (Grote Prijs van Nederland) together with Raymzter.

Opgezwolle reached the finals of the GPNL (Grote Prijs van Nederland) together with Raymzter. With a small lead, Raymzter won the finals and took the prize. DJ Delic however, won the price for 'Musician of the evening'. Just before the GPNL finals, the album Spuugdingen op de mic was released in Hedon, Zwolle. To this day, this album has been getting positive reviews.

In 2002 Opgezwolle did many performances of the Homegrown tour. TopNotch, a Dutch hip-hop record label showed their interest in Opgezwolle and in 2002 a record deal for 3 albums was signed.

On december 5th 2002 the album Opgeduveld was released. This album was a cooperation with Rotterdam-based hip-hop formation DuvelDuvel, consisting of Duvel, Rein de Vos and Supadupah).

In 2003 the new Opgezwolle album Vloeistof was released. This is a double album of which the second CD is a blank disk. The tracks for this disc, called 'Brandstof', were available for download from their website. Opgezwolle recorded many tracks in cooperation with other artists, amongst them Raymzter, Jawat!, C-Mon, Duvel, Rein de Vos, Pollum, BLA BLA, Blaxtar, Typhoon and also Zwolle-based beatmaker Kubus.


The latest album by Opgezwolle, Eigen Wereld (EN: Own World), was released January 2006. It lived up to the high expectations of the fans and press and became an instant classic in the Dutch hip-hop scene. The album has a much darker and more sinister sound than its predecessor 'Vloeistof'.
* Eigen Wereld won the 3VOOR12 Award 2006 for best Dutch album.

At the end of 2007 it was announced that Delic would be taking a break from Opgezwolle to make time for painting and to travel around the world. On the 29th of december 2007 the last Opgezwolle concert (with all original members on stage) was held at 013.