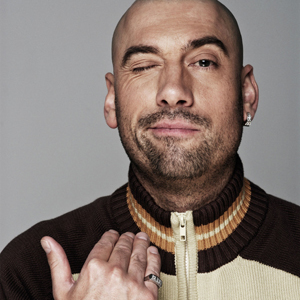 Extince (also known as "Exter-O-naldus" or "De Exter"or "De Prins Extince") was one of the first Dutch language rappers in the Netherlands to appear in the Dutch music charts. Extince was born as Peter Kops in Oosterhout, The Netherlands. One of his biggest musical influences as a child was Creedence Clearwater Revival. His first successful song, "The Milkshake Rap", was written completely in the English language.

Extince's second hit was "Kaal of Kammen" (literal translation: "bald or to comb"), released in 1996 as a response to "Braakwater". His first album, Binnenlandse funk was released in 1998. It's stay in the Dutch Top 40 lasted for two months, and peaked at number 12. One of the most popular songs on this album was "Viervoeters".