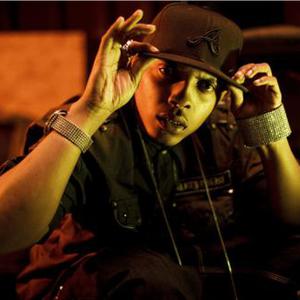 Otis Williams Jr. (born November 26, 1981 in Atlanta, Georgia), better known by his stage name OJ Da Juiceman, is an American rapper signed to So Icey Entertainment and Asylum Records. After releasing twelve mixtapes online he released his solo debut album, Tha Otha Side of the Trap, in January 2009. The album spawned the singles "I'm Gettin' Money" and "Make Tha Trap Say Aye", which features Gucci Mane, another Atlanta rapper who he met in the early 90s and frequently collaborates with. His second album, The Otis Williams Jr. Story, will be released sometime in 2010.

He began his music career with Never Again Records, most popularly known for their 2003 summer spin-off hit ?Black Tee.? As a solo artist he quickly became a favorite on the Atlanta underground mixtape circuit. Only rapping for 4 years his style and ability are equivalent to a veteran that has been honing his craft for years. This quality was first noticed by OJ's father Otis Williams Sr. who baptized his son with the pseudonym OJ da Juiceman. OJ is a nickname and the handle of Juiceman is based on Otis Jr's ability to sap a beat of all of its juice, with his lyrical flow.
Born November 26,1981, in Atlanta, GA OJ grew up on the inner city streets of East Atlanta with his mother. Like most kids raised by a single parent he had to grow up fast. Hardcore rappers The Dog House Posse, Ruthless Juveniles and NWA provided the soundtrack as he did what he had to do to support his family. Feeling comfortable in the streets and learning to navigate his way he later began writing lyrics about his struggles.

He prides himself on being a conqueror. ?If you can survive in these harsh streets you can conquer just about anything.? He dosen't claim to know everything but he knows something about will power and music. ?If you're in the trap, it makes you grind harder, when you're riding solo-you pop something in and reflect on the lyrics.?

Following the creation of his own record label 32 Entertainment he partnered up with neighborhood friend, Atlantic Recording artist Campbell Green, CEO of So Icey Entertainment. OJ churned out 6 mixtapes under 32 Entertainment and has been featured on many underground mixtape classics. It was his release ?OJ Da Juiceman hosted By Dirty Laundry? that helped his fan base jump, his hit count almost tripled and the number of listeners requesting him on myspace exploded. His rhymes reflects his life; what he has experienced in the past and what he hopes the future will bring. ?Oh yea, I make songs for the ladies too? OJ states with a smile.

True to his underground roots, he's looking forward to releasing two to three mixtapes before dropping his debut album, after recently signing to Asylum Records August 28th 2008. His most important goal is to come in the same game and sell records, each year the trap game changes up, and there are still more stories to be told. Although, rap is OJ's passion he would also like to act and create an opportunity for his family to become entrepreneurs. Thus, far OJ has proven that it does not take him long to accomplish desirable results. More importantly, it is not long before he delivers on what is wanted by all? promise and revelation. Therefore, one can only expect him to continue to juice the nectar of life within the entertainment industry and in all of endeavors? for every drop of success!

?Everyday something crazy happens, that's life? says OJ, he's in this for the long haul, and he's unstoppable right now. He wants everybody to know he's here and he definitely brought ther juice. One of his lyrics sums it up ?Sun Valley Shawty, Bouldercrest Shawty, Texaco Shawty, Bomb in da Bush Shawty?. this is OJ Da Juiceman.

The Realest Nigga I Know

The Otha Side Of The Trap