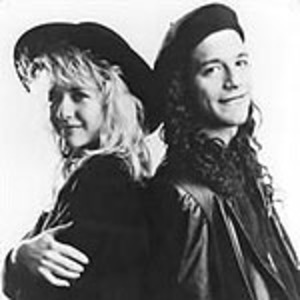 Nu Shooz are a dance music group fronted by Portland, Oregon husband-and-wife duo John Smith and Valerie Day. Nu Shooz originally released "I Can't Wait" as a single in Winter 1985 on Poolside Records. The original recording was done at "Cascade Recording" in Portland in Fall 1984. "I Can't Wait" was a big hit on Portland radio stations and got the attention of Atlantic Records who signed them. Atlantic had Nu Shooz re-record "I Can't Wait" and issued the new version in February 1986.

They scored two major pop/R&B/dance hits: "I Can't Wait," which climbed to #3 on the Billboard Hot 100 and #1 on the Hot Dance Music/Club Play chart. Its follow-up, "Point Of No Return," also topped the dance chart and hit #28 on the Hot 100. Both singles were on their album "Poolside" which made Billboard's Top 200 Album chart as high as #27 and selling a half million copies, garnering a gold record.

Their final pop chart entry was "Should I Say Yes?" which hit #41. They had two more dance hits, one of which, "Are You Lookin' For Somebody Nu," topped out at #2 on the dance charts in 1988. This single was on the album "Told U So" which climbed Billboard's Top 200 Album chart to #93.

In 2012 they released their new album 'Kung Pao Kitchen'.

Point Of No Return (VLS)