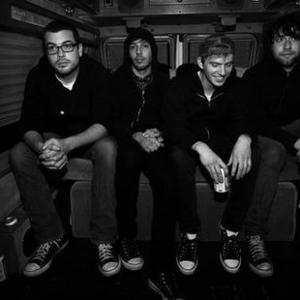 Nothington is a punk band formed out of the now defunct Tsunami Bomb shortly after their demise in Spring 2006 and are from San Francisco, CA. Lead singer Jay's southern background provides a leaning towards soulful song writing mixed with influences that the band proudly wears on their road-worn hearts like Tom Waits, Leatherface, and Mike Ness. In Fall 2006, Tsunami Bomb members Gabe Lindmen and Jay Northington, began work on new demo tracks.

In Fall 2006, Tsunami Bomb members Gabe Lindmen and Jay Northington, began work on new demo tracks. At the time, not much thought was given to creating a project that was all their own. So they scrounged up some cash and recorded a handful of demos and posted them on-the-fly on a social networking page they'd thrown together.

Just a few weeks after their demos were online they began playing with another orphaned musician, Chris Mutalich, whose most notable previous band, Enemy You, had been inactive for a number of years and whose most recent, Try Failing, were ill fated, again leaving Chris without a band. At the very first practice, it became clear that in addition to his guitar duties, Chris' classic snotty punk vocals would provide the perfect balance to Jay's deep growl. The addition of their final band member, Mike Hicks, also a seasoned local musician, on the bass solidified their line up.