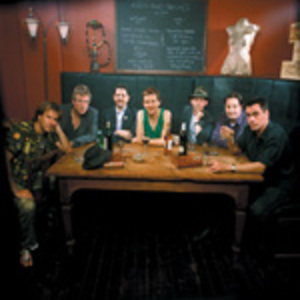 Not Drowning, Waving were a musical group formed in Melbourne, Australia in 1983 (though they first performed as a group in 1984) by David Bridie and John Phillips. Their music combined elements of rock, ambient music and world music; their lyrics dealt with characteristically Australian topic: word-pictures of landscapes and people, the seasons, and some political issues (such as Indonesia's invasion of East Timor).

Not Drowning, Waving broke up in 1994; some of the members (including Bridie and cellist Helen Mountford) went on to form My Friend The Chocolate Cake.

In 2005, Not Drowning, Waving resurfaced with a performance at the 2005 WOMADelaide festival.

Cold And The Crackle