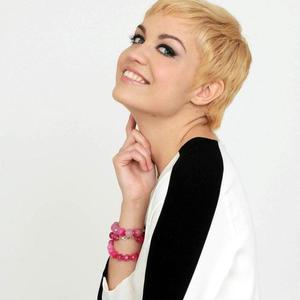 There are at least eight bands/artists with the name (band name) NINA.. (1) Nina is an eurodance artist from the 90's (Nina Gerhard). Nina Gerhard is the vocalist in the superhit "More and more" by Captain Hollywood Project. She has released 1 album (Dare) and 5 singles. (2) NiNa are a six-piece group formed in 1999 containing Kate Pierson (a member of the B52s), bassist Mick Karn (from the British group Japan), vocalist YUKI (from the Japanese rock band Judy and Mary), Takemi Shima and Masahide Sakuma, Japanese musicians from the Plastics, and Steven Wolf, the session drummer.

(1) Nina is an eurodance artist from the 90's (Nina Gerhard). Nina Gerhard is the vocalist in the superhit "More and more" by Captain Hollywood Project. She has released 1 album (Dare) and 5 singles.

(2) NiNa are a six-piece group formed in 1999 containing Kate Pierson (a member of the B52s), bassist Mick Karn (from the British group Japan), vocalist YUKI (from the Japanese rock band Judy and Mary), Takemi Shima and Masahide Sakuma, Japanese musicians from the Plastics, and Steven Wolf, the session drummer. Sakuma Masahide composed most of the music with input from Pierson and Yuki who also wrote the lyrics. From the 30-second opening track, which starts with ominous techno music and ends with Yuki and Pierson exclaiming "Hello everybody nice to meet you we're NiNa," the band's eponymous and only album is very diverse.

The distinctive album contains a wide variety of music from straight forward ballads to electronica. Credited as a "conceptual and visual agent provocateur", Shima appears to have played a Brian Eno-like role on the recording. The album and two singles which proceeded it were all hits in Japan but are unfortunately almost unknown in other parts of the world.

(3) Nina is a singer/songwriter from Croatia, Zagreb. She has released 1 EP Nina/Izae, recorded in summer of 2006. Her songs are mixture of melancholic ethno & folk.

(4) Nina (Marifil Ni?a Girado) (November 1, 1980) is a Filipino singer born in Quezon City, Philippines. She sings pop and R&B, especially ballads, with power, delicacy and emotion. Her live CD called Nina Live! is bursting with memorable renditions of songs of loss and love.

(5) Nina (Annina Lie-Atjam) is a dutch female MC from Amsterdam with Surinam roots. In 2006 she was the first female MC to be signed by the influential Dutch hip-hop label Topnotch.

(7) Nina is a Spanish singer turned television personality. In 1989, she represented Spain in the Eurovision Song Contest with the song 'Nacida Para Amar', and in 2001, she became the headmistress of the very successful Spanish reality TV show Operaci?n Triunfo. After the 3rd series, she stepped down, and was replaced by Kike Santander. In 2006, she took back to the stage, and premiered new music live on a special summer edition of Operaci?n Triunfo, although none of it is yet to be released. Nina has also starred in the Spanish version of the musical 'Mama Mia!'


(8) Nina Tolins is a prominent singer with powerhouse vocals and a 4-octave range, a sultry r&b / jazz-tinged voice immersed in old & new school rock stylings, dynamic, emotional & electric delivery, songwriting beyond the original (& some pretty famous sidemen!), Rocketeria Records recording artist, MY Space Top Artist and ASCAP showcased songwriter, NINA, has created an unprecedented buzz with the NYC music scene as fans & club owners alike nickname NINA ?THE VOICE?. The news has spread quickly to new fans & sales from places as diverse as Europe & Nashville to Seattle & Japan !! Nina brought down the house at Caesar's, Atlantic City when Patti LaBelle called her on-stage to sing ?At Last? a' cappella and had ?the joint jumpin'? as a vocalist for jazz legend Marion McPartland & her trio. Singing since the age of 3, NINA has worked with some of the top names in rock, jazz & r&b : Steve Holley, Harry Whitaker, Myron Walden, Chico Hamilton, Junior Mance, John Reilly, Joe Magnarelli, Gene Paul, and Alan St. Jon; to name just a few. She has performed at some of music's top venues ? from large concert halls such as the Eastman Kodak Theater, Tillis Center, and Disney World, to the more intimate, famous clubs of NYC ? Sweet Rhythm, The Bitter End, Kenny's Castaways, The Cutting Room etc. She and her song ?Gabriel? were chosen for inclusion in the Time/Warner off Broadway play Sex Is More Than A Three Letter Word which ran at The Producer's Club in NYC. Her Lion's Den, NYC gig was also featured by Time/Warner in an interview broadcast on their show What's the T. The release of NINA's first album, NEW SCHOOL ROCK, RHYTHM & GROOVES, was met with wide acclaim for its synergetic merge of both old school and new school rock. Lauded as an eclectic blend of classic rock, jazz, r&b and pop, NINA worked on the album with some of the best in the business: Elisa Hale producing with Bob Stander at the board, legendary drummers Steve Holley & John O. Reilly, famed jazz artists Harry Whitaker, Joe Magnarelli & Myron Walden and mastering legend Gene Paul. Her upcoming 2nd album - REBEL WITH A CAUSE - is set for release January, 2009 and features radio-friendly songs written by Nina and Elisa Hale which continue her journey of combining Rock, R&B, Pop and Jazz into an eclectic mix of stunning vocal performances. Nina has just received her Bachelor's degree in Jazz & Contemporary Voice from the Mannes Conservatory Program at The New School University. She is a voice student of the famous Katie Agresta (teacher of Bon Jovi, Steven Tyler, Annie Lenox, Cyndi Lauper, etc.). Among her other famous teachers are Chico Hamilton, Junior Mance, Janet Lawson, Amy London, and Richard Harper. Her renowned mentor, Harry Whitaker (music director for Roberta Flack & Roy Ayers Umbiquity) debuted NINA's career by having her sing with his trios in some of Greenwich Village's top jazz venues while only a young teen.


(9) Nina is a Malagasy Salegy artist.